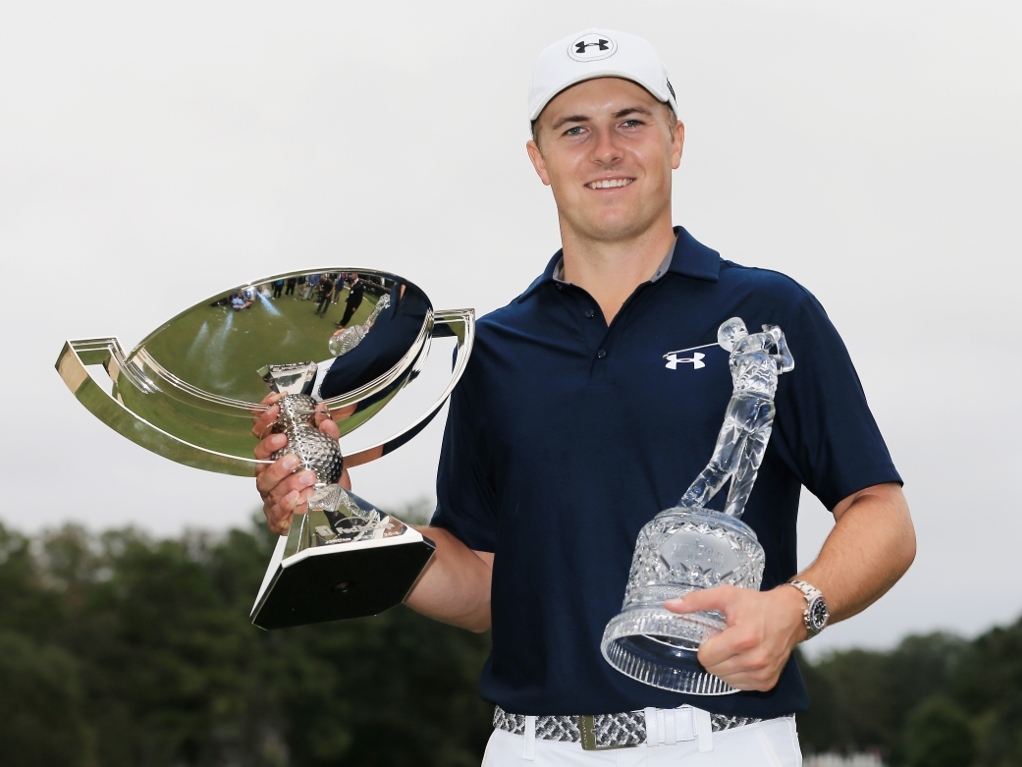 Jordan Spieth carded a one-under-par 69 to win the Tour Championship by four strokes at East Lake on Sunday, a victory which saw him crowned the FedEx Cup champion.

Spieth, who will also climb to the summit of the world rankings, received $1.5 million for triumphing in Atlanta, along with a $10 million bonus for winning the FedEx Cup.

Sweden's Henrik Stenson, who led for the opening two rounds, finished four strokes behind Spieth on five-under in a tie for second with Danny Lee and Justin Rose.

Five strokes off the lead in a tie for fifth was two-time Masters champion Bubba Watson, Dustin Johnson and Paul Casey.

Jason Day, who was the top-ranked golfer heading into the tournament, now drops to second on the rankings after finishing seven shots behind Spieth in a tie for 10th.

The reigning Masters and U.S. Open champion began the back nine with a bogey at the 10th, but regained his two-stroke buffer by converting a superb 46-foot birdie putt at the next hole.

At the same time, Stenson was enduring a turbulent back nine that put an end to his title hopes. Having taken the turn at level par for the day, the Swede notched up a birdie at the 11th either side of bogeys at the 10th and 12th holes. In need of a piece of magic late on to catch Spieth, Stenson produced the opposite, ending his chances with a double bogey at the 17th.

Spieth took full advantage of Stenson's struggles and his run of seven consecutive pars to close out the tournament was more than enough to claim the victory.

Lee (64) and Rose (65) saw their late victory charges fall short, with the pair ending level with Stenson on five-under in a tie for second. Rose came to within two strokes of the lead after taking the turn in 31, but a double bogey at the 10th after a tee shot that went out of bounds put pay to his chances,

Day, who had won four of the six tournaments prior to the Tour Championship, closed with a 68 to move to two-under for the tournament. The Australian sank a 21-foot birdie putt at the sixth for his lone birdie on the front nine before going on to make three more birdies and two bogeys on the back nine.

Meanwhile, Rickie Fowler plunged down the leaderboard after firing a four-over-par 74, which saw him finish nine strokes adrift of the lead, a mark which he shared with Rory McIlroy.

The former world number one started his round of 74 with a birdie at the first before making four bogeys in the space of five holes. Heading into the back nine, the Ulsterman made birdies at the 12th and 16th before wrapping up his tournament with a triple bogey at the par-four 17th after his third shot found the water.