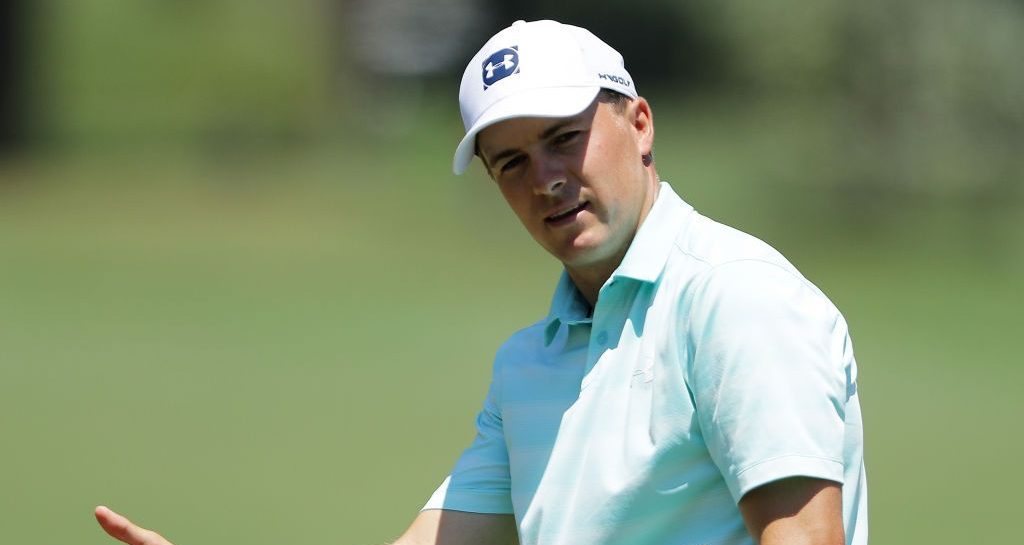 Jordan Spieth is facing the prospect of a fine or suspension from the the PGA Tour if circumstances mean he misses the season-ending Tour Championship.

Spieth, a three-time major winner, will have to rely on a reprieve from the weather in Philadelphia on Monday as he risks punishment for not competing in the minimum number of events required by the tour.

He was left tied for 39th spot when Sunday’s play at the BMW Championship was called off, and with further bad weather expected on Monday, the event could be reduced to 54 holes.

Should this happen, it could spell disaster for Spieth. He is currently projected to finish 31st in the FedExCup standings and miss out on the Tour Championship as only the top 30 players advance to the season finale at Atlanta’s East Lake.

Jordan Spieth is outside the top 30 in the #FedExCup.

If Spieth does miss out he would be one short of the minimum 25 starts members are required to play on the PGA Tour this year.

New regulations were introduced two years ago which stipulated members would be exempt from the minimum 25-tournament rule if they play an event which they had not competed in over the last four seasons.

Spieth did not play in a new event this season, but missing the Tour Championship will mean that even after playing in the Ryder Cup, he will be one short of the 25 total.

This would leave him facing sanctions from the PGA Tour.

Spieth would become the first player to fall foul of the regulations, and could be fined up to $20,000 fine or a suspension during next season.