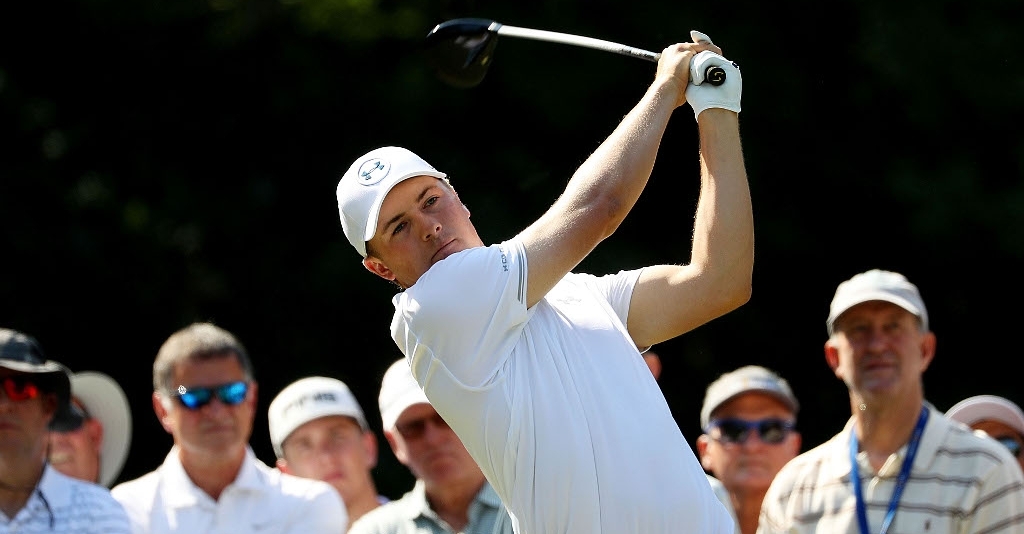 Jordan Spieth shot an even-par 72 on Thursday at TPC Sawgrass on his return to golf after his Masters melt-down.

While the former world number one played his final five holes in three over par and settled for a score nine strokes worse off than tournament leader Jason Day, who shot 63, the Texan seemed happy with where his game is currently at.

"I really only had two bad swings today," Spieth said.

"I'm hitting the ball great, which is what I've really been working on the past couple weeks, trying to get more consistent and better ball-striking, better control of it.

"I feel as comfortable over the ball and driving it the best I've driven it the whole year, hitting it great, just distance control and then my speed control with the putter, which are things that sometimes take a round or two to get back."

Spieth started on the back nine and parred his first six holes before a birdie at the par-five 16th. He bogeyed the 17th with an uncharacteristic three-putt, then made three straight birdies starting at the second, followed by two bogeys and another birdie.

At that point, he was two under par and seemed to be constructing a solid round with the par-five ninth, a birdie hole, still to come.

After a 300-yard drive and a second shot that ended up in the back bunker, Spieth seemed in superb shape to make a birdie.

However, his bunker shot didn't make it to the green and then his fourth shot from rough on a bank barely got to the fringe. From there, he putted to four feet and missed, eventually being forced to scribble down a double-bogey on his card.

"I hit it seven times. Yeah, just I hit two fantastic shots, and then not really sure after that," Spieth said of his frustrating close.