Jordan Spieth comes back down to earth in second round 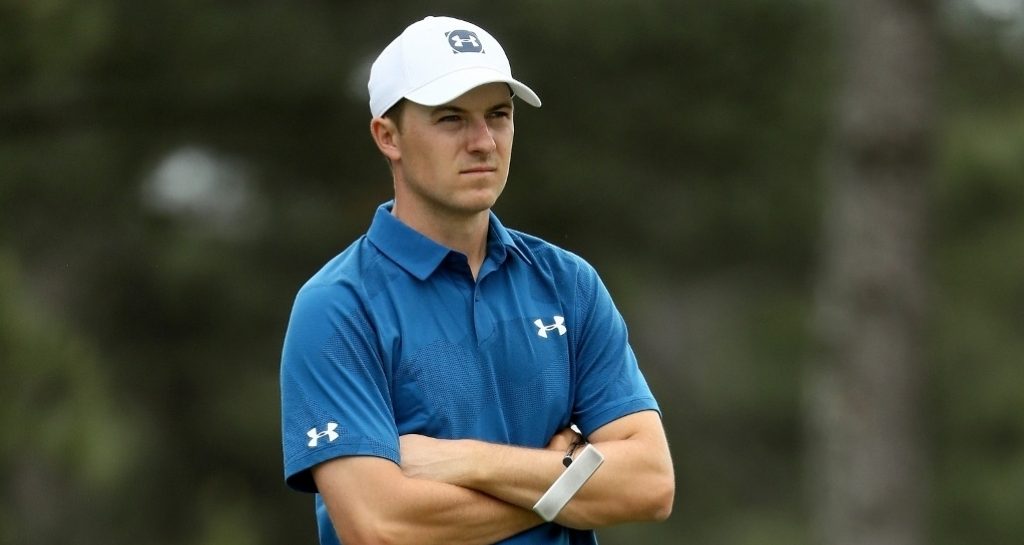 Yesterday, Jordan Spieth threatened to run away with the Masters, but he now finds himself in a real fight for the title after his second round.

Five straight birdies on the back nine had helped Spieth to a hugely impressive first-round 66, but most of that good work was quickly wiped out on Friday morning.

Spieth actually recovered nicely on the back nine to salvage a relatively respectable two-over-par 74, but wasn't able to erase all the damage done by his terrible start.

He double-bogeyed the opening hole after his first drive of the day found the trees and his first pitch of the day rolled off the false front of the green.

Not the start Jordan Spieth was looking for. pic.twitter.com/6zps5npCxl

He then found the bunker on the second and three-putted for another bogey, and when he dropped his fourth shot of the day at the difficult seventh, the wheels looked to be coming off in spectacular fashion.

But Spieth kept his cool and made a string of pars before birdying both of the par-5s on the back nine to get back to four under par and remain just a couple of strokes off the lead.

Now Spieth looks set for a real dogfight with the likes of Patrick Reed, Henrik Stenson and Rory McIlroy over the weekend.

He still stands a great chance of victory, but Augusta was never going to make it easy.