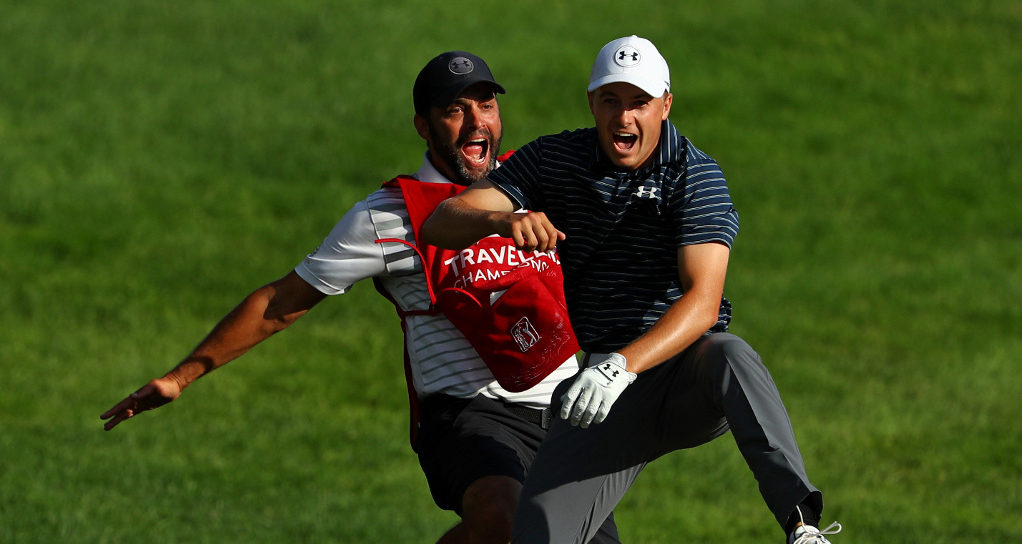 Jordan Spieth produced a sensational final five holes at Royal Birkdale to win The Open and join Jack Nicklaus as the only player to ever win three majors before the age of 24.

If he goes on to win the US PGA next month he would beat Tiger Woods to become the youngest player to complete a career Grand Slam. In history only five players have done that – Nicklaus, Woods, Ben Hogan, Gary Player and Gene Sarazen – but Spieth seems destined to join that elite group.

His victory in The Open was the first time in two years that a new major winner was not crowned. Now that he has broken a spell that saw seven consecutive first-time major winners, it could be time for golf’s elite to re-establish themselves.

Not only has Spieth returned to his best, Rory McIlroy is also in ominous form and he has been made the 15/2 favourite to win the final major of 2017. The Northern Irishman started dreadfully at Royal Birkdale but rallied to finished tied fourth and seemed to be improving with each passing day.

The US PGA takes place at Quail Hollow and it was here that McIlroy stormed onto the world stage when he achieved his first ever PGA Tour victory with a sensational final-day course-record of 62. He is the only two-time winner of the Wells Fargo Championship at Quail Hollow and broke the course record in again when he won it there 2015. McIlroy has a better record than any other golfer on the North Carolina course, so he is understandably the favourite going into the event.

“Since I heard that the PGA was coming here a few years ago, I don’t want to put too much pressure on myself, but it’s one that I’ve been earmarking, that I feel like it’s a really good chance for me,” said McIlroy. “Anytime I walk back here I always feel comfortable, great memories, and I’ll feel I always have a chance to contend.”

The course has changed, but McIlroy is optimistic about ending his streak of 10 majors without a win, the longest since he turned pro.

“I’m excited for the next two weeks,” he said. “Quail Hollow, I’ve played well there. Shot a couple of course records, a couple of wins. Got beaten in a playoff, as well. Another couple of top 10s thrown in there.

“So I play well at Quail Hollow. I love the golf course. I know they’ve made a few changes, but I’ll have some really good vibes going into that week.”

But he will face a formidable opponent in Spieth, who recovered from a final meltdown to finish with three birdies, an eagle and a par and end up three shots clear of Matt Kuchar at Royal Birkdale.

“This is as much of a high as I’ve ever experienced in my golfing life,” he said.

Only 16 players in history have ever won three different majors, so he is already in an elite group, featuring the likes of Phil Mickelsen, McIlroy and Arnold Palmer, but this will be his chance to cement his status as one of the all-time greats and at such a tender age.

He is the 8/1 favourite on Bovada, and he looks another interesting bet. Golf is an extremely unpredictable sport these days, as seven straight first-time winners proves, but right now it is easy to see why McIlroy and Spieth are in the driving seat and you could back both for a great chance of making a serious profit while enjoying watching two of the great stars of the game. For a longer shot, Rickie Fowler is 25/1 and leads the brigade of top golfers yet to win a major, so he should have the drive and hunger to be a threat as he also enjoys the course, while Justin Rose at 33/1 also looks interesting.