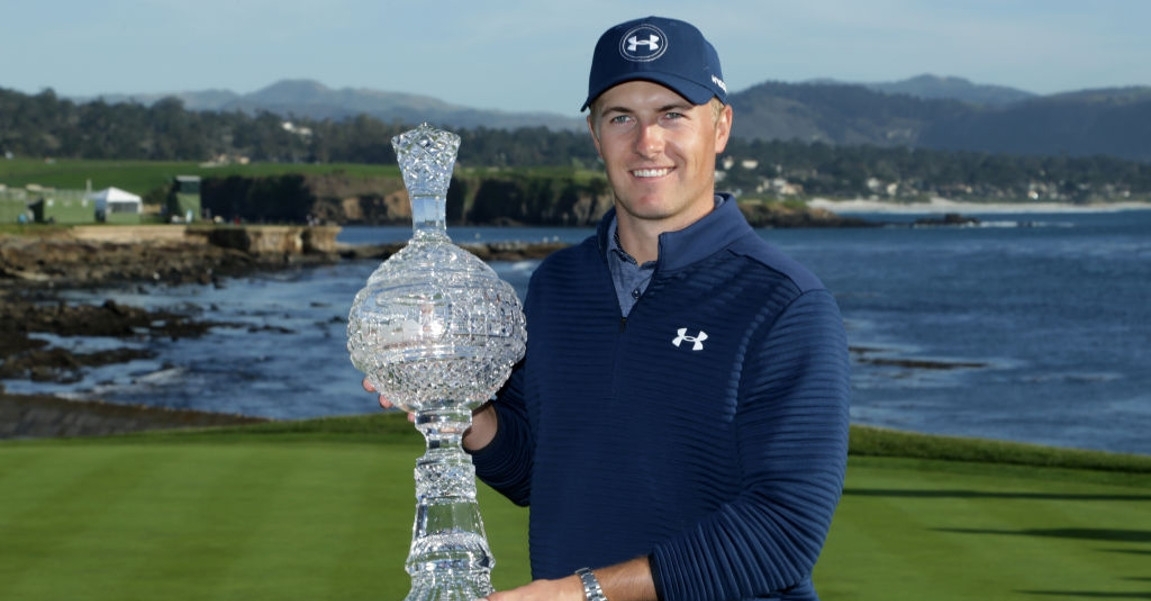 Jordan Spieth shot a final round of two-under par 70 on Sunday to claim the AT&T Pebble Beach Pro-Am title and his ninth PGA Tour crown.

Spieth went into the last day with a six-shot lead and was never in trouble as he took a single birdie on each nine to claim a comfortable four-shot victory over former US Amateur champion Kelly Kraft.

Kraft shot a six-birdie 67 to grab second place, finishing one shot ahead of US Open champion Dustin Johnson (68).

The scenery on the Californian coast may have been spectacular, but the golf was boring. Spieth didn’t mind.

“I don’t remember watching it, but I remember watching highlights of Tiger trying to hold his bogey-free round when he had such a big lead,” said Spieth. “That was kind of his goal. That was mine today was, ‘hey, let’s try and keep a clean card, let’s shoot 3 under.’ That’s exactly what we were trying to do.”

The 23-year-old Texan hit 14 straight pars before sinking a 30-foot putt for birdie on the 17th. His only other birdie was on the par-5 second hole as he finished at 19-under par.

Brandt Snedeker, who was in second place overnight, hit three birdies and a bogey for a final round of 70 to finish in fourth place.

Hear from @JordanSpieth following his win at Pebble Beach. pic.twitter.com/ZuRql6VPEP