Spieth battles on return Down Under 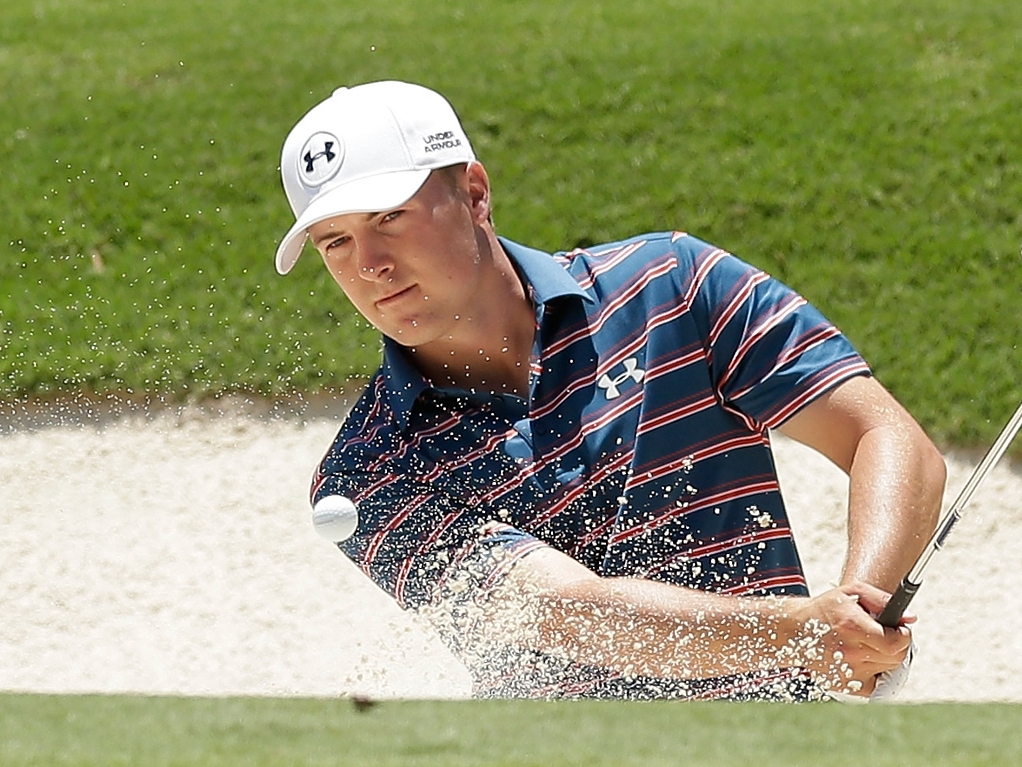 Jordan Spieth carded an even-par 71 to finish the first round of the Australian Open five shots behind early leader Lincoln Tighe.

Last year, Spieth notched a record eight-under 63 in what he described at the time as the best round of his career, en route to a six-shot victory at the Australian Golf Club.

However, upon his return to Australia, the 22-year-old American, now the world number one and a two-time major winner, found things much more difficult, as northwesterly winds of about 40 kilometers per hour (25 mph) made the course nearly unplayable in parts.

"China was really wet and the Tour Championship was very tough playing in the rain," Spieth said after his round, making reference to the rainy HSBC Champions tournament in Shanghai earlier this month.

"But to have something this windy, it's been a while.

"The toughest part is when you have the crosswinds and you've got to pick what shot to play, because you can use the same club and it can go 30 yards' difference in the air."

As a result of the heavy winds at the course, Spieth struggled with his tee shots in particular and battled to make the fairways with his driver throughout.

"I hit two fairways on the back nine, so when you're playing out of rough or bunkers, it's hard to control," he said. "Conditions were tough but I still could have found the fairways.

"I had some really tough up-and-downs but managed to salvage par. I hit a pretty good drive on the first hole … made a nice putt (for birdie), but other than that it was relatively boring golf."

The top of the leaderboard is dominated by Australian players, with Tighe leading the way with a round of 66 that included seven birdies and two bogeys.

In second place on four-under, one stroke behind the leader, is Matthew Jones, while Geoff Ogilvy, Todd Sinott and Yu Chan-An are in a tie for third place, another shot back.