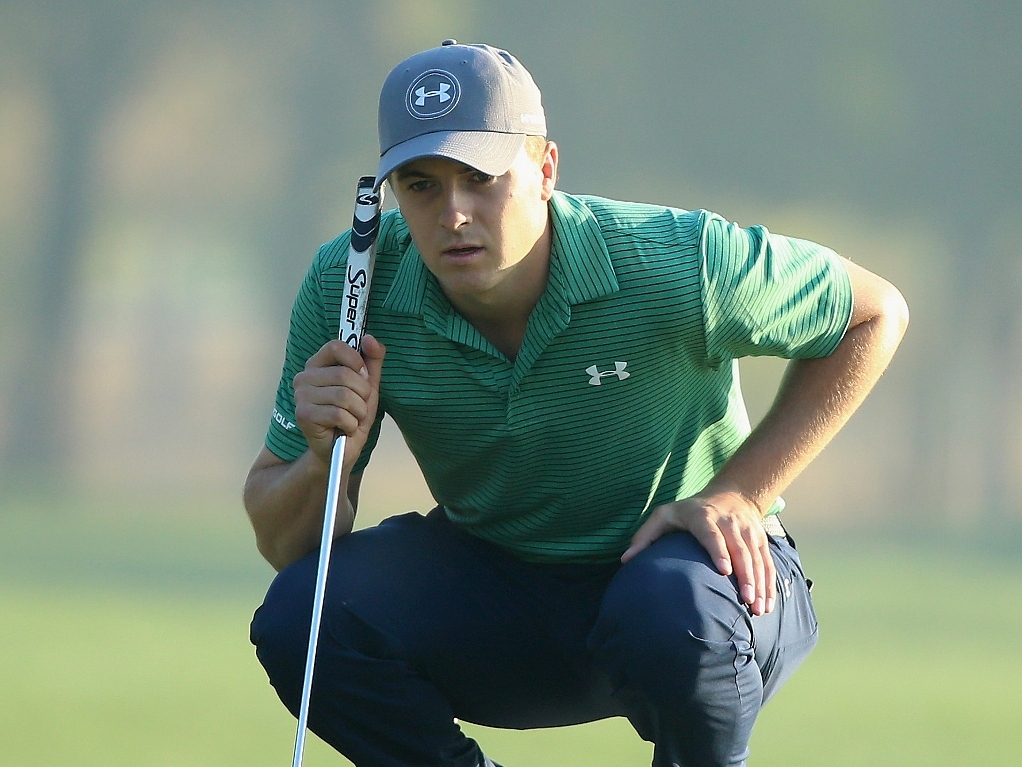 Jordan Spieth was baffled by the Abu Dhabi Golf Championship organisers' decision to hand  him a "monitoring penalty" for slow play during Thursday's first round.

The world number one, playing alongside rival Rory McIlroy and his American compatriot Rickie Fowler, received a warning for taking too long to take a putt on the eighth green, even though the following group of players were still some why from starting the hole.

"It didn't make any sense to me," Spieth told reporters after carding a four-under-par 68   on Thursday.

"The guys behind us hadn't even reached the fairway on a par five."

The rules for this week's event in Abu Dhabi dictate that players must play a shot within 40-50 seconds after they have been told that they are being monitored. A second warning will result in small fine.

Spieth was told on the ninth tee he had received a warning.

"I just made sure it didn't affect my round," Spieth said.

Meanwhile, Spieth was quick to praise McIlroy, after the four-time major winner carded a 66  in his first round.

"That’s the Rory I have seen win majors," the world number one continued.

"It was spectacular. He didn't miss many shots. If he keeps striking like that, I'm going to have to make it up somewhere else. I'm not capable of hitting it as far as he does. I hit it short and crooked."