Spieth and Day have work to do 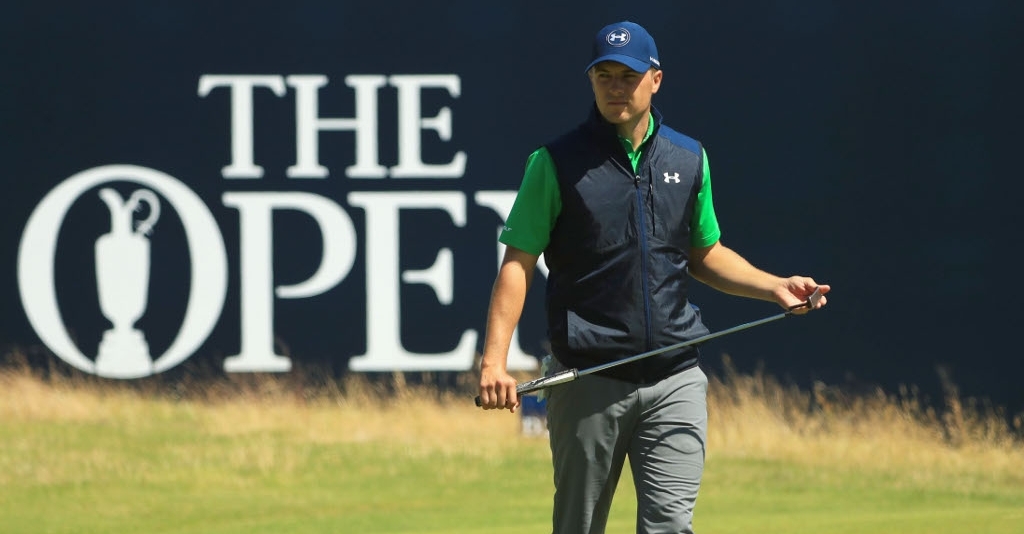 Jordan Spieth and Jason Day both made slow starts on the opening day of the Open Championship at Royal Troon.

Spieth shot a level-par 71 to already find himself five shots behind clubhouse leader Patrick Reed, and surprisingly it was his normally rock-solid putter that let him down.

While the American was very solid from tee to green, very few putts dropped on the day, as he finished with three birdies and three bogeys on his card.

Things looked much more promising after birdies at the fourth and sixth holes, but that was followed by dropped shots at nine and 11, before a birdie at 17 was immediately cancelled out by another bogey at the last, which came after an errant tee shot and a poor chip from just short of the green.

A 71 is hardly a disaster, but conditions are rarely as friendly as they were at Troon on Thursday, and many players were able to take better advantage in the Scottish sunshine.

Spieth was asked after his round what went amiss with his putting, and he replied: "That's a question I almost never get asked, so because of that, I'm not thinking much of it. My stroke's been great heading into here, I putted tremendously at Akron and I feel like it's in the same place here.

"I struck the ball tremendously well, just couldn't quite match up the speed and line. I'd leave three or four just short and low, and then I'd just hit one a little too hard and high. So that happens, unfortunately, in a tournament round where I'm giving myself a lot of looks at birdie.

"It's okay, it's nothing major. I struck the ball as well as I've struck it since Hawaii, maybe. I really hit the ball phenomenally well today. I probably hit it as well as anybody in the field and shot five, six shots over the leader, so that normally doesn't happen for me.

"That's normally my really low round. So if I can keep my rhythm and my swing as we lead into these tougher condition days, the next couple days, I should be able to make up some strokes."

World No 1 Day, meanwhile, was let down by some wayward iron play as he struggled to a two-over 73.

The Australian was one under through six holes, but bogeys at eight, nine and 18 certainly weren't what the doctor ordered.

"I actually drove it pretty good today with my driver, but every time I hit an iron I kept on missing left," Day said. "That's usually not the miss I've been having lately, so it kind of caught me off guard. It was kind of hard to trust the swing from there.

"It's two over par on a pretty easy day out there, but the next three days are going to be pretty difficult so I've got a lot of work to do. Obviously when you're confident with your swing, you can get up there and hit different shots. Right now I'm trying to hit a certain shot and it's coming out the opposite.

"If I'm patient and I just start hitting the correct shots and give myself the opportunities, I can get myself back in the tournament."