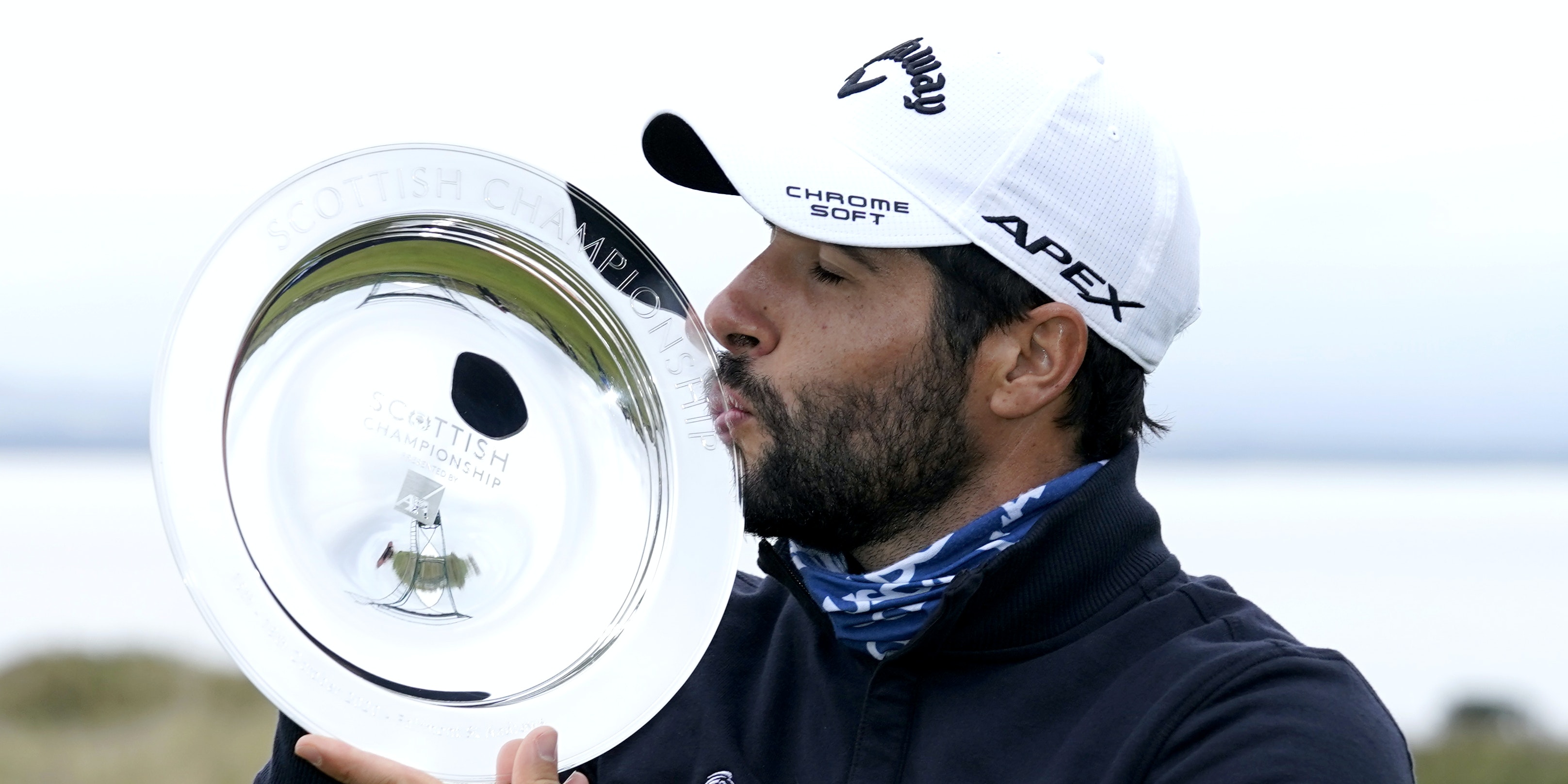 Adrian Otaegui carded a blistering final round of 63 to win the Scottish Championship title ahead of a chasing pack dominated by British talent at Fairmont St Andrews.

The Spaniard started the day four shots behind Matt Wallace but, as the Englishman faded in round four, Otaegui made 10 birdies to get 23 under and claim victory by four shots.

Aaron Rai won in Scotland two weeks ago and a closing 66 saw him maintain his good form and finish third at 17 under, a shot clear of two more Englishmen in Chris Paisley and Garrick Porteous.

But it was Otaegui who stole the show, bookending his round with birdies to go with eight more gains in 11 holes from the fifth and a single dropped shot on the 10th.

The win is the 27-year-old’s third on the European Tour but his first at a stroke play event, having won the Paul Lawrie match play in 2017 and the Belgian Knockout in the medal match play format the following season.

He also becomes just the third Spaniard to win a European Tour title on Scottish soil after Seve Ballesteros and Rafa Cabrera Bello, and lifts the trophy just down the road from the famed Old Course.

“I’m in very good company,” he said. “Seve is one of the best golfers I’ve seen and Rafa is a great friend of mine. I know he won the Scottish Open three years ago and I’m in great company.

“I feel so happy. To be able to win in Scotland, especially here in St Andrews, the home of golf, it means a lot to me.

“I had no expectations this morning, really. I just wanted to go out there, play well and shoot as well as possible. If you told me I was going to shoot 63 this morning, I wouldn’t believe it. Everything went well, I played very well, I felt very well, I was very focused and I holed some good putts.”

Otaegui had carded a 62 in round one but Wallace headed into the last day with a three-shot lead and looked the man to beat before an opening bogey set the scene for a closing 71.

That was not sufficient to keep Otaegui at bay, with Porteous providing the main challenge for much of the day before he followed a double bogey on the 16th with another dropped shot in his 71 as he fell back.

Rai finished with a bogey-free 66 and Paisley carded a 68, with another Englishman in Marcus Armitage and Northern Ireland’s Jonathan Caldwell ending the week nine shots off the lead.