Spain the early leaders in Australia 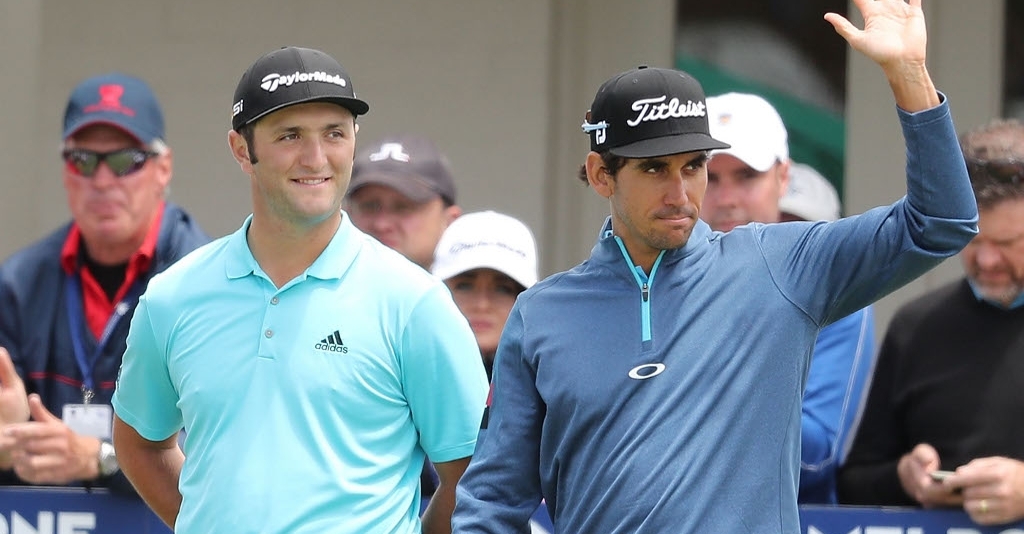 The Spanish team of Rafa Cabrera Bello and Jon Rahm grabbed the first-round lead at the ISPS HANDA World Cup of Golf in Melbourne.

The duo made an eagle, two birdies and a single bogey in the alternate shot/fourball format for a three-under-par 69 in challenging and windy conditions at Kingston Heath Golf Club.

Cabrera-Bello signed off with birdie putt on the 18th that seemed to hang on the lip for ages before if dropped.

A birdie on the 18th means #TeamESP lead by one. https://t.co/xcvXLjCyKm

"That was a fun putt because when I was seeing it, it looked like I couldn't miss and then all of a sudden it could really miss and I don't know how it came back," said Cabera-Bello.

"It's been a good day. I think we played well. It was obviously tough and tricky with the wind. But Jon played great, I rolled some putts and hit some good shots as well, so I think it was a score we're proud of but also a score we deserve."

Spain have won the World Cup of Golf on four occasions, but their last win dates all the way back to 1984.

They are one shot clear of French pair Victor Dubuisson and Romain Langasque.

"We are very good friends and for us to play together here, it's like a dream from back when we were children. So I'm very happy with our score today because it was really tough," said Dubuisson.

Dubuisson and Langasque are tied on two under with China's Wu Ashun and Li Haotong and American duo Rickie Fowler and Jimmy Walker.

Wu had the galleries cheering with long birdie putts on 16 and 18 to give China a welcome late boost.

"It was very good and my partner was playing very well and we made a lot of birdies, so it was very exciting to play," said Wu.

"We made I think the best putt [on the last hole]. It was just unbelievable. Li was giving me some ideas on the breaks and talked about speed, it was very fast this afternoon and the winds were blowing too. So we talked a little bit on the line and he said just take it easy, just relax and putt and it goes in. It's unbelievable."

Fowler and Walker, meanwhile, are happy to be in the hunt. The duo passed up on Thanksgiving weekend in the US to participate in this event.

Team USA are just one back.

"I'm thankful to have a stud partner," said Walker. "Rickie putted really well and made some clutch putts beginning of the round. Putting really saved us today."

Sharing fifth place on one under are English pair Chris Wood and Andy Sullivan and Italian duo of Francesco Molinari and Matteo Manassero.