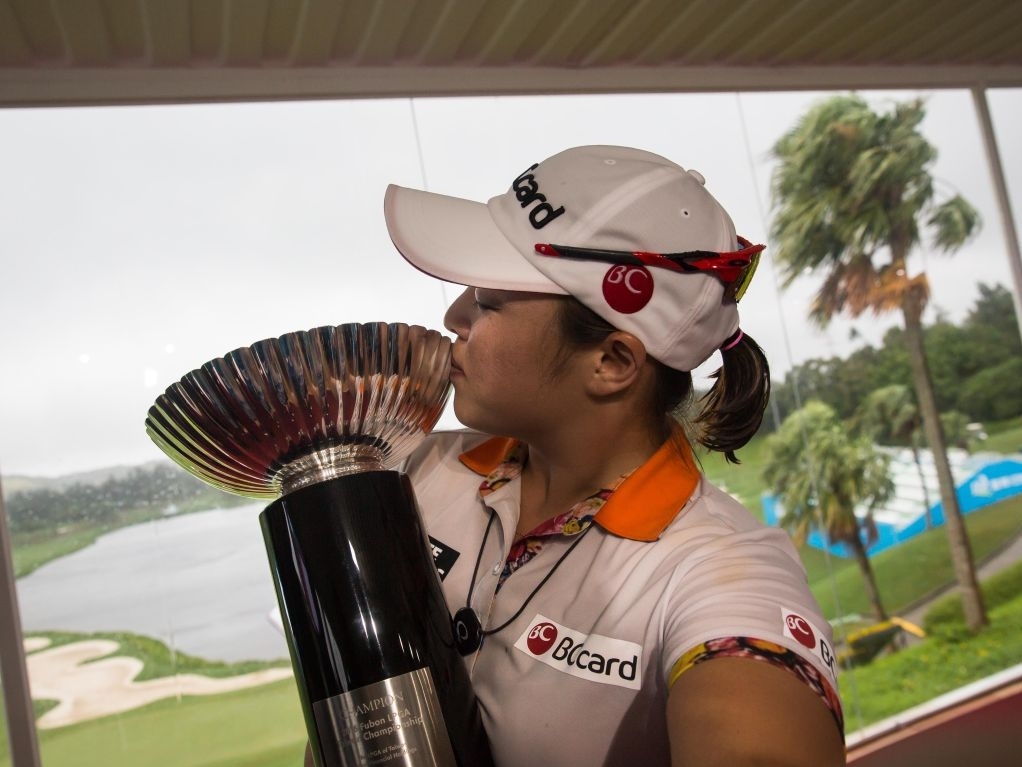 South Korea 's Ha Na Jang held off the challenge of Shanshan Feng to win the Fubon LPGA Taiwan Championship as Lydia Ko faltered in the wind and rain on Sunday.

Jang claimed her third victory of the year by just a single stroke, having been eight strokes ahead of Feng after a birdie on the sixth hole.

However, Jang bogeyed two out of the following three holes and managed to recover slightly on the final nine holes for a 1-under 71.

Chinese star Feng couldn’t quite complete a great comeback after firing a 6-under 66 on the final day. On the par-4 15th Feng shot a brilliant 35-yard birdie to drag herself back to within two shots of the leader but Jang held her nerve to tap in on the 15th and celebrate with a dance.

Jang had her incredible 62 on Saturday – the lowest score in her LPGA Tour career – to thank after hanging on for victory.

''I was like nervous every hole,'' Jang said after her victory. ''Shanshan really good play today. That's why I got very nervous. And then I'm just simple every hole because weather is just so bad. And then just keep going the fairway and the green.''

Elsewhere, Canada's Brooke Henderson tied for third with South Korea's Hyo Joo Kim at 10 under after Henderson shot a 70 thanks to birdies on the final two holes.

Further back were South Africa's Lee-Anne Pace, Taiwan's Candie Kung and South Korea's Hee Young Park, just a stroke behind on 9 under.

Meanwhile, world No 1 female golfer Lydia Ko, who won at Miramar last year, could only manage 20th place on the leaderboard after shooting a 70 on Sunday for 3 under.