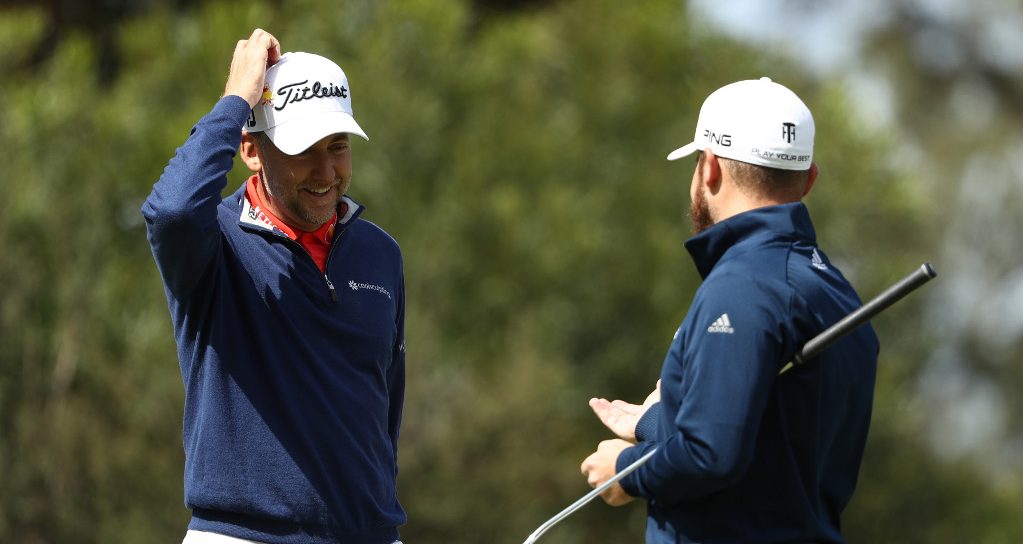 Local lad Cameron Smith rolled in a birdie putt on the last hole to give Australia a share of the lead with England and South Korea after the first round of the World Cup of Golf in Melbourne on Thursday.

England’s Ian Poulter and Tyrrell Hatton carded a bogey-free 62 in the fourballs to get to ten-under-par.

A back-nine 30. 😳@IanJamesPoulter & @TyrrellHatton carded 10 birdies on the day to tie the Round 1 lead! 🔥 pic.twitter.com/lSIUgNiYnF

Smith and Marc Leishman, playing for the green and gold of Australia, handed in a scorecard that looked very similar as it never contained a bogey and also got them to 10-under.

While Byeong-hun An and Si Woo Kim, representing South Korea, are on the same score but dropped a needless shot on the easy par-five ninth hole – both England and Australia made birdies there.

All smiles for #TeamKOR. 🇰🇷

Despite a bogey on the par-5 9th hole, @ByeongHunAn & Si Woo Kim rebounded for five birdies on the back nine! pic.twitter.com/MKKCNuu3YQ

“We kept chatting all day and I gave ‘Leish’ a bit of an uppercut under the ribs after four. I said, ‘you know, you can turn up any time’,” Smith joked about his partner who started the day very slowly.

“We both played really well all day and we just got to keep being smart.

“Those guys that are a little bit behind will have to play really good on Friday and then it’s just not the format you want to be catching up in, you don’t want to force anything.

“We’re in a good spot to just play smart into the centres and give ourselves some good looks.”

Friday’s second round sees the format switch to foursomes, where teams only play one ball.