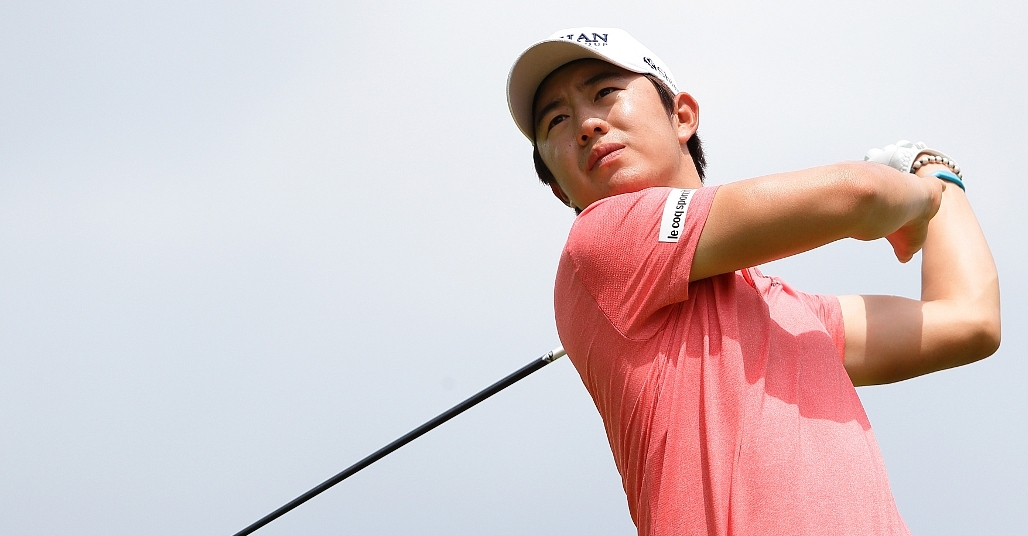 South Korea's Song Young-han held his nerve to beat the fast-finishing Jordan Spieth by a single stroke at the weather affected Singapore Open.

Spieth sank a five-foot birdie putt on the last hole, where he had marked his ball overnight, completing a final round of five under 66 to finish at 11 under for the tournament.

"I had my first perfect round today," Spieth joked about his one-shot day.

"Everything was absolutely perfect. I didn't miss one shot and I made everything I looked at.

"It was tough to sleep on that putt. Even though it wasn't the most challenging putt, it was still a very nerve-wracking one to hit, knowing that you have to make it for what you think will be a playoff."

However, Song, resuming on 12 under and playing two groups behind Spieth, drained a tricky 12-foot par putt on 16 and then made par on 17 and 18 to win the co-sanctioned Asian and Japan Tour event.

The 24-year-old champion said he had a restless night thinking about the putt on 16 and spent hours fretting over the shot in his hotel room.

"I felt like I was going crazy," he said, speaking through a translator.

"The putting line wasn't that bad but the situation made me nervous."