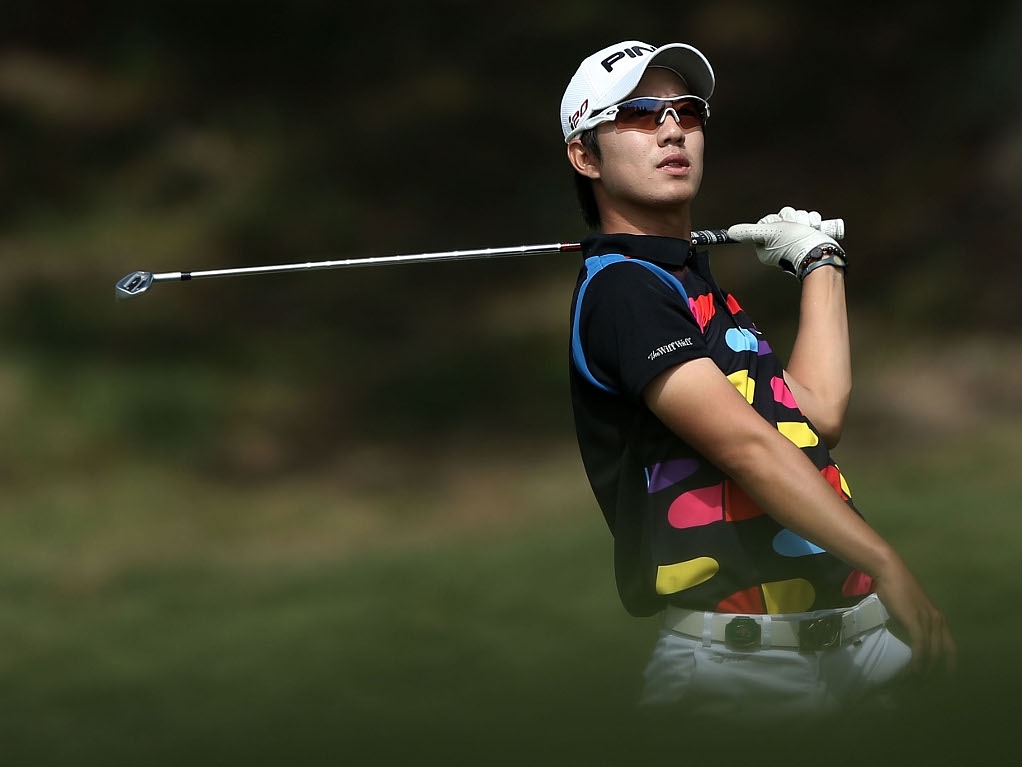 Korea’s Younghan Song surged up the leaderboard after carding a sparkling eight-under-par 63 in the second round of the weather-hit SMBC Singapore Open on Friday.

Song was on fire as he marked his card with seven birdies, one eagle and a bogey to establish a two-shot advantage over Japan’s Shintaro Kobayashi, reaching a score of nine-under-par 133 at the halfway point of the event.

"It was a superb round and I really have to thank my excellent putting for putting me in this position.

"The goal is to win the tournament this week and for now, I just want to take a good rest before I come back again and hopefully play well like what I did today," said Song.

Play was suspended because of inclement weather at 3.06pm local time and could not resume due to thunderstorms and lightning activities around the Serapong Course at Sentosa Golf Club.

A total of 78 players, including world number one Jordan Spieth and Byeonghun An, who completed seven holes, will return to finish their rounds at 7.30am on Saturday morning.  Round three is scheduled to start immediately upon the completion of the second round.

An was at seven-under while Spieth traded one birdie and one bogey to stay at four-under after six holes, five shots back of Song at the US$1 million event co-sanctioned Asian Tour and Japan Golf Tour Organisation event.

"I didn’t get off to a great start but made a good birdie on number two. That’s golf, that’s weather, you can’t control that. I could tell it was bad on other parts of the course," said Spieth.