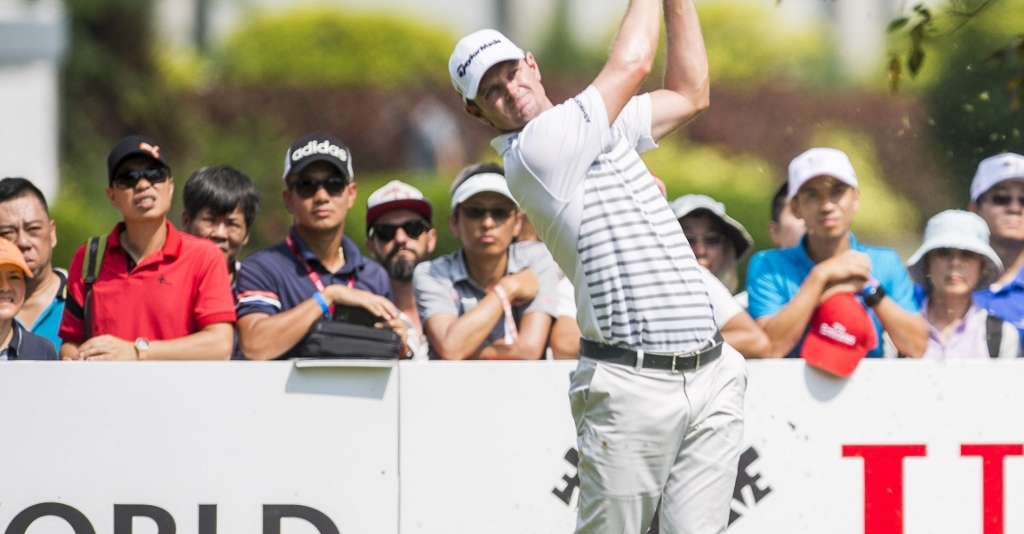 Ian Poulter and Justin Rose were both satisfied with their opening rounds at the Hong Kong Open on Thursday.

Poulter opening with a three-under-par 67 after only arriving in Hong Kong at 7pm on Wednesday to replace Rich Beem in the field.

Birdies at the second and fifth were followed by bogeys at eight and nine, though he was able to make further gains at the 10th, 15th and 17th to finish three shots off the leading pace.

"I guess in the circumstances it was pretty good," Poulter told European Tour Radio. "Had I nudged a three-footer in for birdie on seven to get to three under that would have been the start I was looking for.

"I missed it and bogeyed the next two holes and it took me a while to get to three under, but overall I have played pretty nicely on a course which I've had to get to know again pretty quickly. I have to be happy with that having landed last night."

Rose, who missed the cut at his only previous appearance in the tournament, had even better first day, carding a 65 that leaves him just one shot off the pace.

"I think I probably had a much better idea this time around how to play it than I did last time. I can focus on more positive things now." Rose said.

He spared a thought for Ryder Cup team-mate Poulter, adding: "I noticed he was trying to have matchsticks in his eyes on the back nine. I know he's been up since 4am, so that's a very good round of golf."