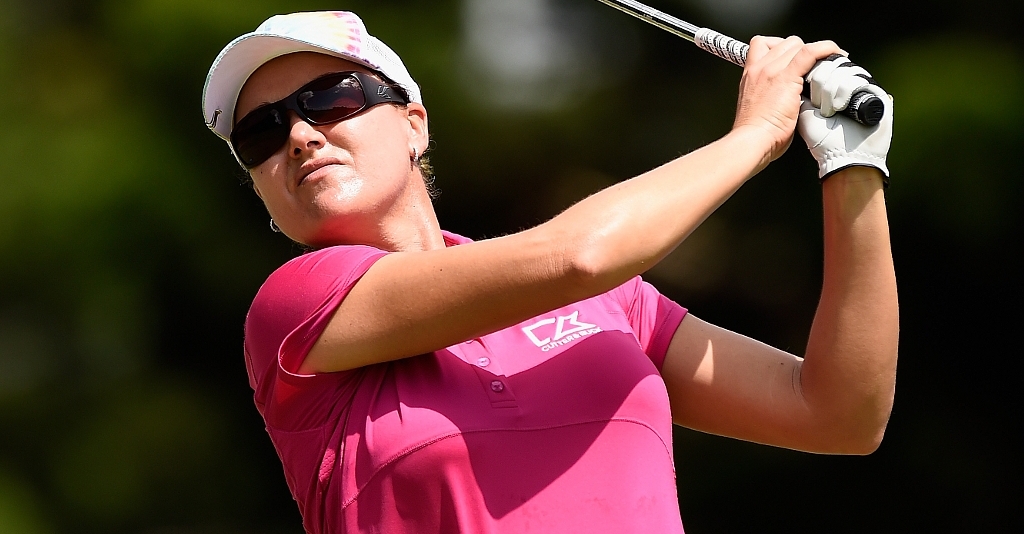 European captain Carin Koch made the announcement on Tuesday. The Europeans will target victory over the United States at Golf Club St. Leon-Rot in Germany on 18-20 September.

Between them, Gustafson, McBride and Sorenstam have played in 21 Solheim Cups, with no fewer than six wins and 122 tournament titles to their credit.

"I am extremely proud to have assembled one of the most experienced and accomplished back room teams imaginable," said Koch, who served as a Vice Captain to Liselotte Neumann in 2013.

Gustafson, an eight-time Solheim Cup participant, was a member of three winning European teams in 2000, 2003 and 2011. She has earned 16 points for Team Europe, with an all-time record of 13-12-6, most recently posting four points from as many matches in 2011 at Killeen Castle in Ireland.

A Life Member of the Ladies European Tour, Gustafson has been the LET's order of merit winner four times and earned 26 international career titles.

"It's a great honour to be named Vice Captain," said Gustafson, a key helper at The 2013 Solheim Cup in Colorado, where Team Europe secured an historic first away victory.

"The Solheim Cup to me is pure passion. You play with guts for glory and one way or another I was always going to be in St. Leon-Rot in September, even if it was just to fetch coffee for Carin.

"As a helper in Colorado last time around I feel I did some good and getting to step up from there to Vice Captain is going to be great fun."

McBride is a five-time European Solheim Cup Team participant who also played on the victorious team in Ireland. With a 6-10-5 record, she has earned 8 ½ points for Team Europe, as well as seven career titles on the LPGA and Ladies European Tours combined. She is wife to golf coach Shaun McBride and mother to six year old daughter, Emily.

McBride said: "I am very honoured and proud to be named a Vice Captain for The 2015 Solheim Cup team. I have been involved in five teams, all playing of course, but to have a chance to help Europe inside the ropes in a different way is wonderful. I am very excited about the job and can't wait for September to come. I hope that I can bring experience, guidance, friendship and laughter."

Koch said: "I am delighted that Sophie accepted to be one of my Vice Captains, she has shown such strength over the years in Solheim, her record and contribution speaks for itself. Mimmi has played a hugely important role in recent Solheims.

"It's great with her being based in the U.S. as I have another set of eyes that can follow the European players based over there. She had a fantastic top five finish the other week in Texas.

"With my back room team complete and less than four months to go until the 14th staging of the event in Germany, we will now step up preparations to secure a win at Golf Club St Leon-Rot."