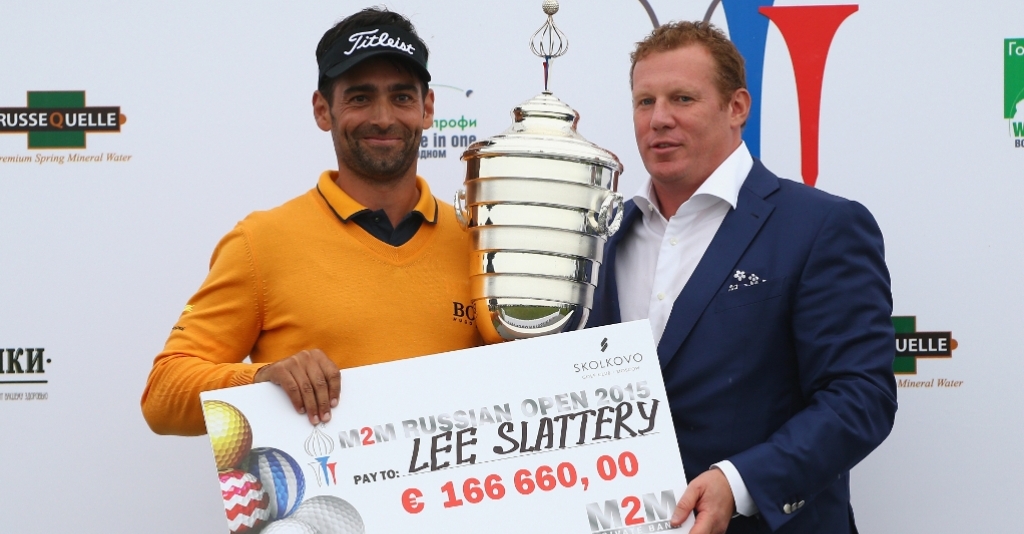 After playing the front nine one over par at Skolkovo Golf Club, Slattery carded a two under 69 in the final round and a grand total of 15 under 269 to claim first prize and finish one stroke ahead of runner-up Estanislao Goya who finshed in 14 under.

Briefly, the Brit surrendered his lead going into the final round after he bogeyed the second and sixth hole, which Argentine Goya took full advantage of.

Trailing by two shots, the 30-year-old managed to hit two birdies and an amazing chip shot on the 17th to gain three shots over Goya and eventually pip to the Russian Open title.

On his victory, Slattery explained how important it was for him to pocket the birdie on the 17th and admitted that it was a massive confidence booster for to claim a win in Russia as he narrowly missed European tour card for this season.

"That chip in was massive," Slattery told espn.co.uk.

"Having to ask a lot of promoters for invites, it's been a difficult year. I forgot what it was like to write letters. I've written a lot this year and it's just nice to be able to finish the year off like this with a win."

Falling short of Slattery and Goya was defending champion David Horsey, who despite a bogey-free final round, failed to capitalise on any of the birdie opportunities to finish the tournament on 13 under.

South-African Jack Roos enjoyed a sterling round as he carded a course record of eight-under 63 in the final round climbing from 34th position to tie for eighth at the end of the round.