Singh among leaders at Sony Open 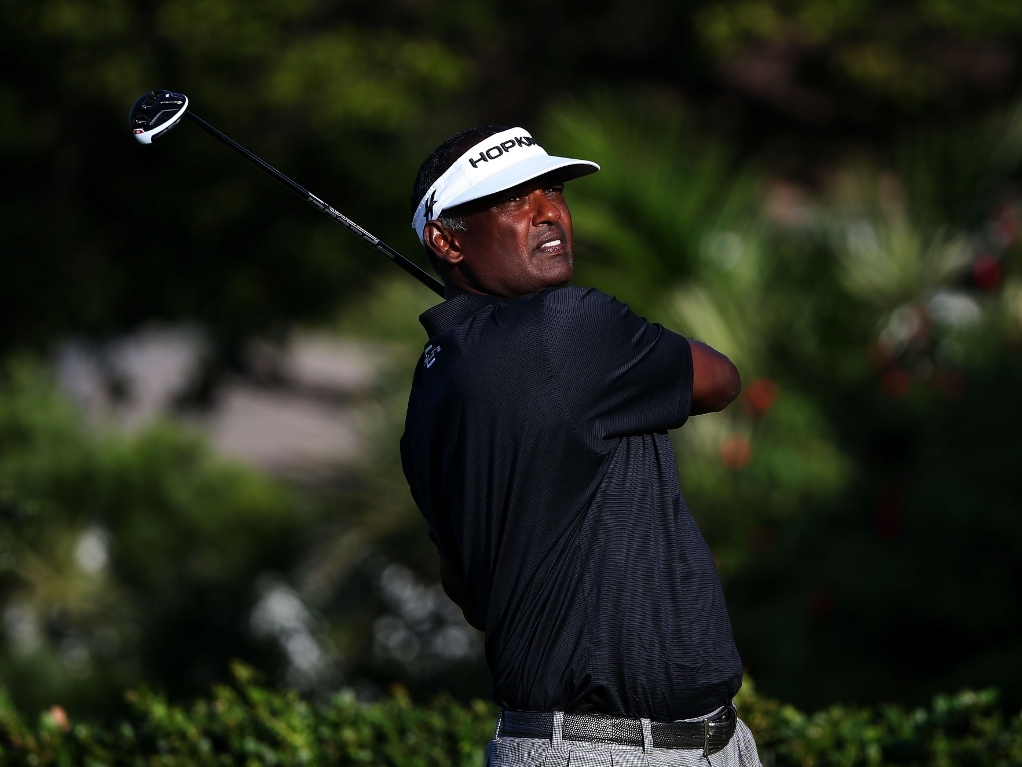 Vijay Singh rolled back the years at the Sony Open on Thursday as he carded a seven-under-par 63 to sit in a tie for the lead after the first round at Waialae.

Singh is joined atop the leaderboard by Ricky Barnes, Morgan Hoffman, Kevin Kisner and Brandt Snedeker.

Last year's Open Championship winner Zach Johnson is one stroke adrift in a tie for sixth with Si Woo Kim and Charles Howell III after a round of 64. Former world number one Luke Donald is a further shot back.

Meanwhile, defending champion Jimmy Walker could only manage a round of 69 to sit six shots off the pace.

Singh started his campaign with a birdie at the 10th – his first hole – before converting a 50-footer for a second birdie two holes later. The three-time Major winner holed a 21-foot birdie putt at the 17th before adding four more birdies on his closing nine to register his lowest opening round score in more than three years.

Barnes also enjoyed a bogey-free round as he made seven birdies, including three in a row from the seventh to the ninth. Hoffman registered six birdies, a bogey and a holed a brilliant 26-foot putt for an eagle at the ninth. Kisner’s round consisted of eight birdies and a bogey at the fourth, while Snedeker notched up six birdies, a lone bogey and an eagle at the 10th after a chip-in from 45 yards.%u200B

Johnson began his round of 64 with four birdies on the front nine before adding three more on the back nine. A bogey-five at the 16th would prove the only blemish on his card.

Donald got off to a slow start as he made two birdies and a bogey on his front nine. However, his fortunes took a turn for the better on his closing nine as he made consecutive birdies at the first and second before sinking a 38-foot eagle putt at the ninth.

Walker's title defence got off to a mediocre start as he fired a one-under-par 69. After taking the turn on one-under, Walker went level par for his closing nine to give himself work to do as he tries to make it three titles at Waialae in as many years.