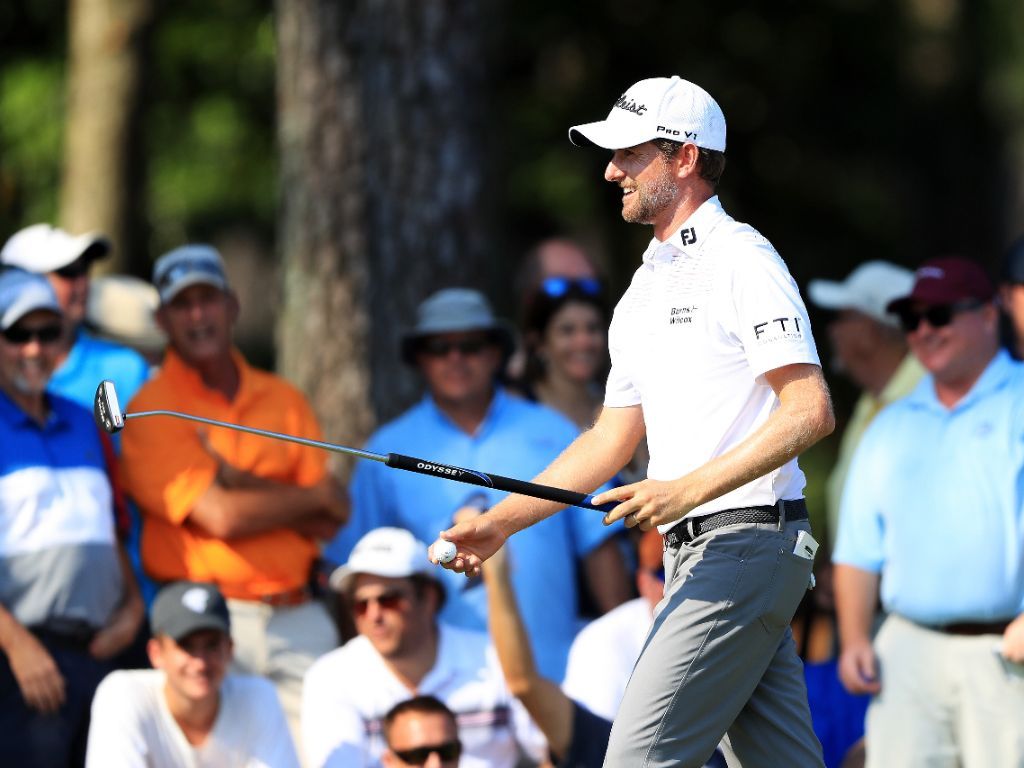 A nine-under 63 saw Simpson create the biggest halfway lead in the tournament’s history and put the American on course for his first PGA Tour win in five years.

The 32-year-old was on track to shoot the outright course record after an eagle on the second and three birdies on the front nine were followed by six successive birdies on the home straight.

The highest of highs.
To the lowest of lows.

But on the par three 17th, he found the water with his wedge and ended up with a double bogey, which proved to be the only black mark on his card.

“Everything is going in,” he said.

“You feel like no matter what, you’re going to make it, and I grew up on an easy golf course so it reminded me of being back home, shooting low numbers.

He's two holes away from the record at @THEPLAYERSChamp.#LiveUnderPar pic.twitter.com/hKhjVqaSaO

“But at the same time, you’re at the TPC Sawgrass, so you know that trouble is everywhere, as you guys saw with me on 17.”

After becoming the seventh player to shoot 63 on the course, Simpson moved to 15 under overall and boasts a handsome advantage from the trio of Charl Schwartzel, Patrick Cantlay and Danny Lee in second. Schwartzel and Lee both shot 66.

Tiger Woods just managed to make the cut after a 71, but Rory McIlroy wasn’t so fortunate after a double bogey on 17 saw him crash out. Phil Mickelson and Rickie Fowler were also eliminated after the latter recorded successive double bogeys on 15 and 16.