Webb Simpson surges in front at Dell after 63 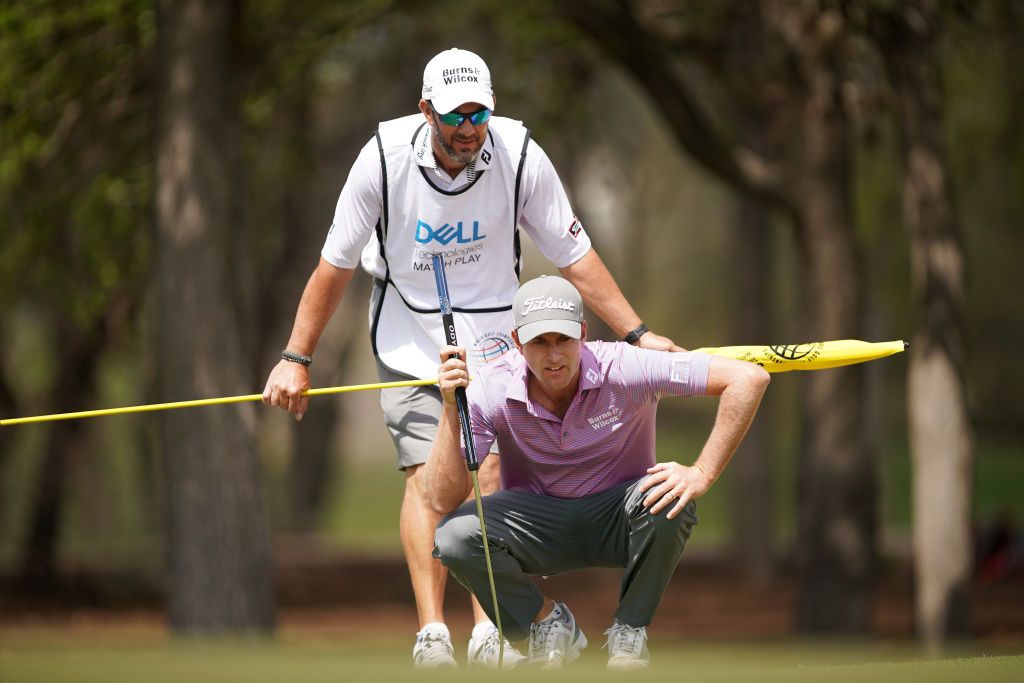 Webb Simpson hit an eagle on the 18th hole to top off a superb round of 63 on Saturday as he finished on 11-under par to lead at the Dell Technologies Championship.

Simpson’s bogey free round saw him jump ahead of first-round leader Justin Rose by one stroke. The Englishman ended the day tied for second place alongside compatriot Tyrrell Hatton who equalled Simpson for the low round of the day.

.@WebbSimpson1 puts an exclamation point on the round.

After a 69 on Friday, Hatton started his round hot with two birdies in his first three holes and continued around the turn with six more in eight holes.

All the more surprising given that Hatton was using a store-bought putter picked up by his caddie during last week’s Northern Trust.

“I was too embarrassed to go into the store to buy a putter,” Hatton said of the purchase. “Obviously, he made a good choice.”

• @TyrrellHatton bought a PING mallet from a local store for $172 last Saturday
• Shot 64 the next day @TheNTGolf
• Shoots 63 at the @DellTechChamp today
• Ranks 3rd in SG: Putting
• Tied for the lead at -10

Rose kept up his challenge with a five-birdie, one bogey 65.

Completing a strong English theme near the top of the leaderboard was Tommy Fleetwood, who carded a 65 to finish three shots behind Simpson on eight under in solo fourth place.

Other notable rounds on Saturday included a 66 from Tiger Woods that saw him climb the leaderboard and end the day seven shots back on four under par.