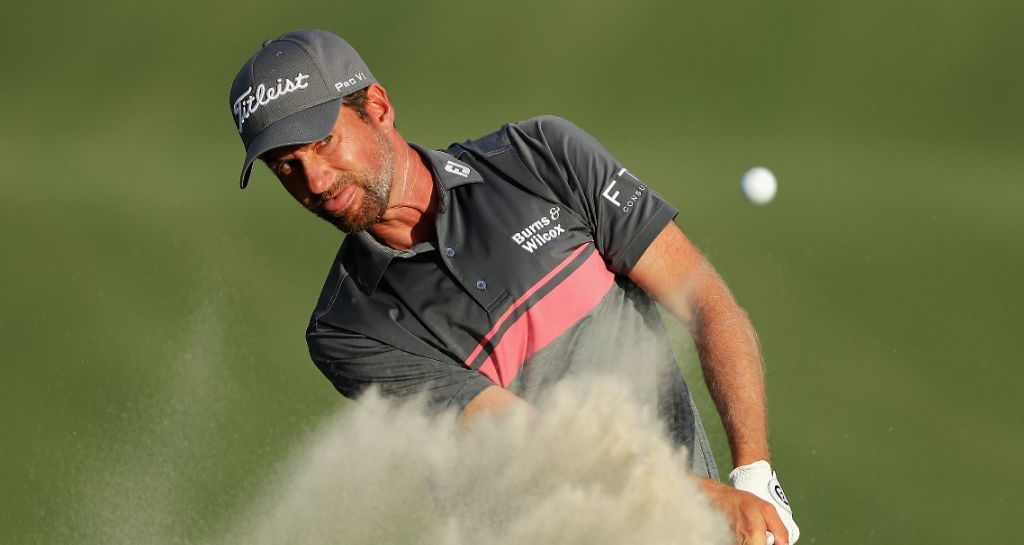 Webb Simpson looks to have built an unassailable seven-shot lead at the Players Championship after the pacesetter increased his advantage.

A four under 68 on the third day of the tournament saw Simpson move from five to seven shots clear at the top of the leaderboard at the TPC Sawgrass course.

The American’s 19 under total of 197 shots equals the 54-hole record set by Greg Norman, with no player in history surrendering a seven-shot lead on the final day of a PGA Tour event

“I was pretty satisfied with the round,” Simpson said.

“It was a different feeling (from his round on Friday). Today was a little more of about survival. I missed a bunch of birdies but I come away pretty happy with the way I played.

“I will approach my game (on Sunday) the same way I did today. I may adjust my approach if the golf course is a little firmer, but all in all I’m just trying to repeat what I’ve done in Day One, Two and Three.”

Simpson began his round by sinking an eight foot birdie putt on the opening hole, while the highlight of his day came with a greenside bunker chip that raced into the hole on the par five 11th for an eagle. He even managed a birdie on 17 just 24 hours after he had double bogeyed there.

The 32-year-old’s only bogeys came on the tough par three eighth and a three putt on the 14th.

Danny Lee is leading the chasing pack at 12 under after a bogey free 70, while Dustin Johnson is two further back after a 69, which could preserve his world number one spot.

Both at T9?@TigerWoods and @JordanSpieth.
Their 65s were the Rounds of the Day.

(Oh and they'll play together on Sunday at #THEPLAYERS.) pic.twitter.com/0lExuKuGgE

Tiger Woods produced his lowest round since 2015, with the 14-time major winner surging up the leaderboard from joint 68th into the top 10 after a 65.

Jordan Spieth also carded a 65 to join Woods at eight under – 11 shots adrift of Simpson.