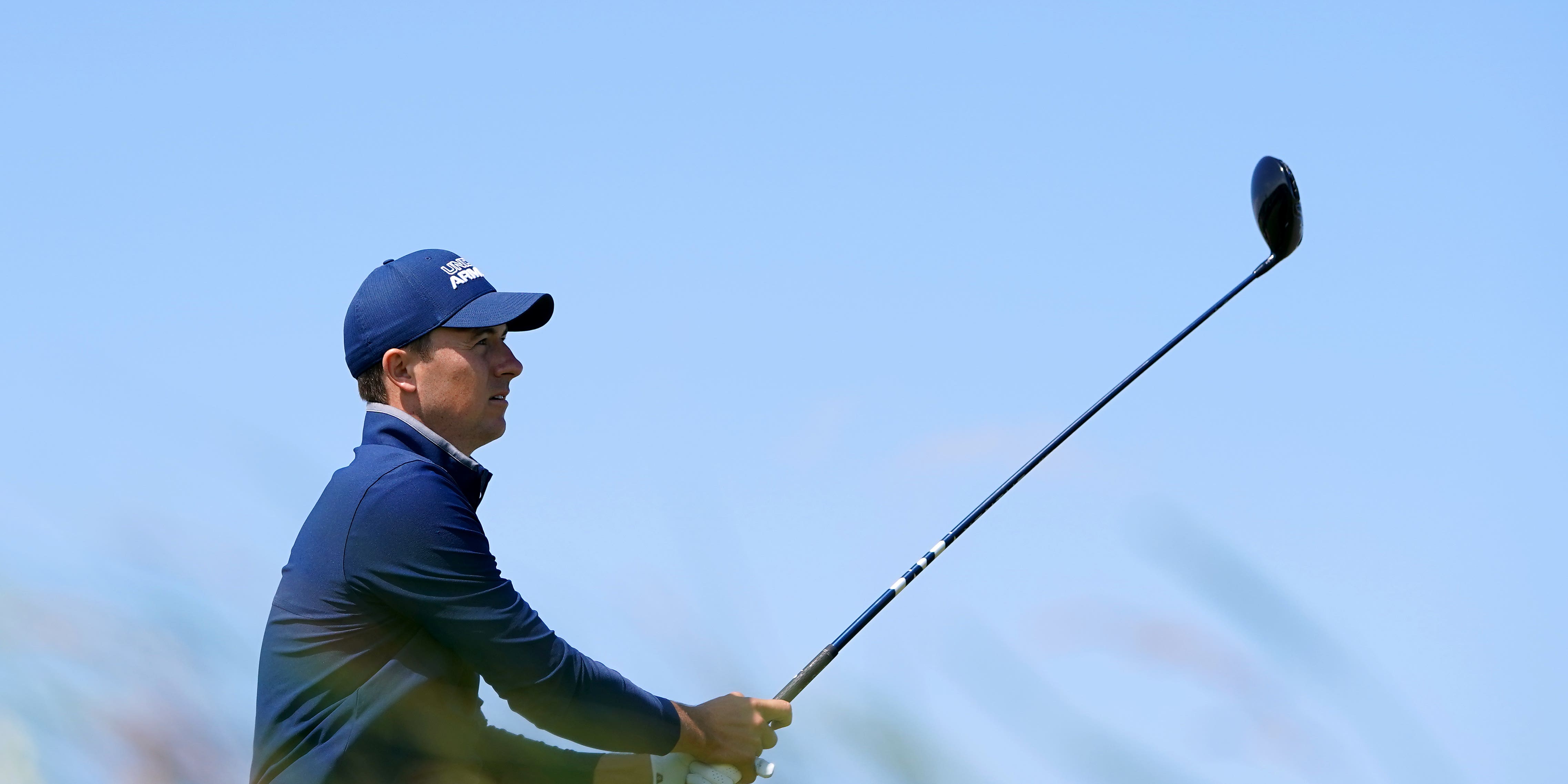 Former champion Jordan Spieth admits he has got Royal Birkdale feels this week and it has helped propel him into contention on the first day of the 149th Open Championship.

The American has not won a major since lifting the Claret Jug on the Southport links four years ago and underwent a career slump, partially attributable to a hand injury which significantly affected his game.

In January this year he had slumped to 92nd in the world, his lowest ranking since July 2013, but since then he has staged a recovery with one victory and six top-10s in 10 PGA Tour events.

And on seeing the Sandwich links this week, his mind was immediately thrown back to 2017.

“Birkdale was a course that you played a lot from the air versus other Open venues,” said the three-time major winner, whose first-round 65 put him one off the six-under lead set by 2010 champion Louis Oosthuizen.

“In that sense I think there’s similarities but I think if I had played any venue in 2017 I would have won that week – I was hitting it, at that time, the best I had maybe ever hit it in my life.

“Here I feel for the first time since then I’m at least coming in with a bit of form, a bit of confidence.

“I look back and I had a chance to win at least one of the majors each year when I felt like I had no idea where the ball was going which, I guess, could be bad and good.

“By no means do I feel like I’m where I want to be mechanically yet, but this year has been a really, really good progression for me, and that’s all I’m trying to do is just get a little bit better each day.”

Spieth recovered from a bogey at the third with some impeccable golf as four successive birdies took him to the turn in 32 and he then picked up shots back-to-back at the 15th and 16th.

The 27-year-old has been drawn with compatriot Bryson DeChambeau and Branden Grace and it is the presence of the South African which had everyone talking.

Grace has played with the eventual winner in the first two rounds of the last two Opens but Spieth was not reading too much into that.

“I did hear that, which just made me laugh. I didn’t think much of it,” he added.

“I have to beat 150-something players to win this tournament. I think that’s coincidence.

“If it happens four or five times in a row maybe people start paying off to see who can get paired with him the first two rounds.”

Since winning at Birkdale, Spieth has had four top-10 major finishes and has missed the cut just once.

So has he thought about being a major champion again?

“I haven’t to be honest. The path that I’m on and where I’ve been before in the game, I feel really good about my chances going forward, as good as they have been historically,” he said.

“I guess I feel like I’ve been trending the right way and certainly had a chance this year already at Augusta. I like where I’m at.”