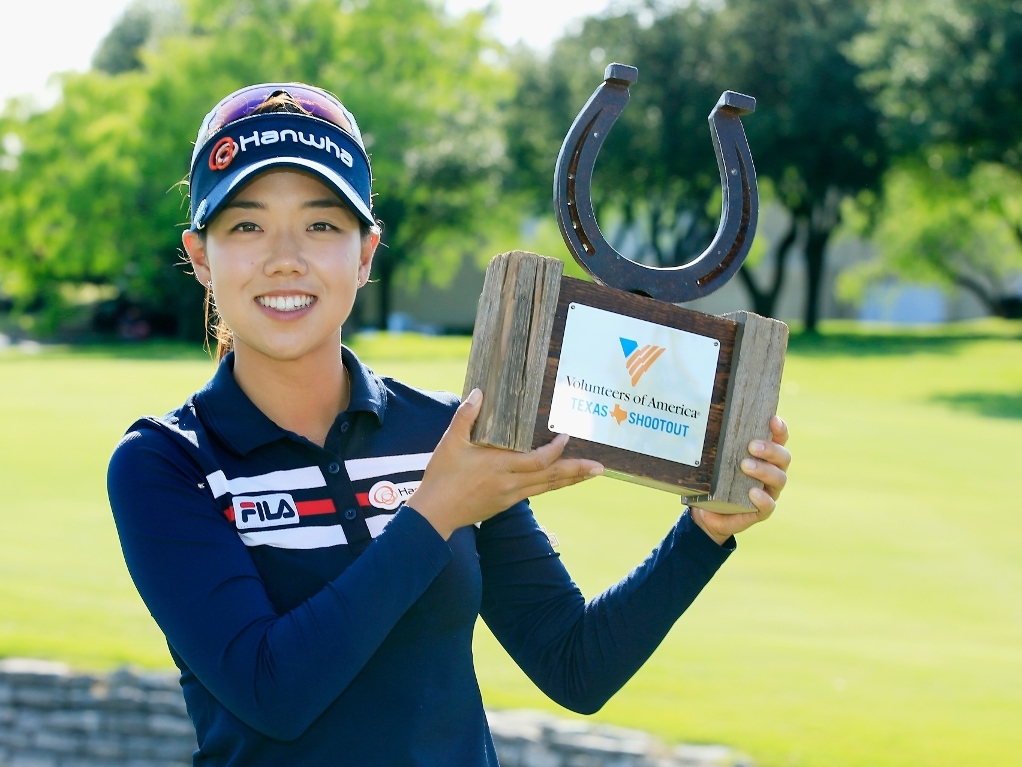 Jenny Shin carded a four-under-par 67 to claim a two-stroke win at the Volunteers of America Texas Shootout on Sunday.

Shin, who finished on 14-under, was followed by South Korean compatriots Amy Yang and Mi Jung Hur, along with overnight leader Gerina Piller as they all ended the tournament in a tie for second on 12-under.

China’s Shanshan Feng came fifth on 10-under, while world number four Stacy Lewis was in a tie for 19th on three-under.

Shin began her final round in style as she surged up the leaderboard after made three birdies on her first five holes on the front nine. Despite having a much quieter back nine, which only consisted of a lone birdie at the 10th, it was enough for the 28-year-old to clinch her first LPGA Tour title.

Yang made three birdies and three bogeys during her round of 71, while Hur also fired a 71, which consisted of five birdies and five bogeys.

Piller, who was searching for her maiden LPGA Tour title, held a two-shot lead at the beginning of the day, but saw it disappear as she began her disappointing round of 73 with a bogey at the first. She never recovered from that as she went on to make a total of five bogeys. The American’s hopes of winning her first title went up in smoke following her bogey at the 15th, but a birdie at the 18th enabled her to finish in a tie for second.

Meanwhile, Lewis, who won the tournament in 2014, concluded her campaign with a 70, during which she made three birdies and a double bogey at the par-four 15th.