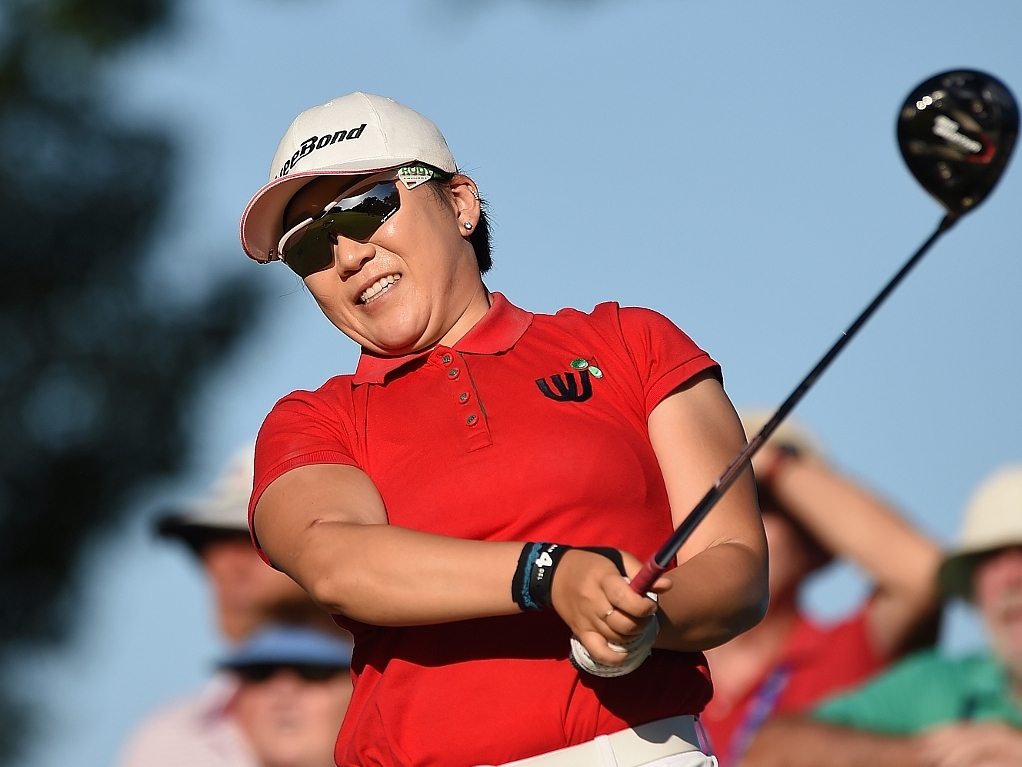 Jiyai Shin carded a two-under-par 71 to claim a two-shot lead after the third round of the RACV Ladies Masters on Saturday.

For the first two days of the 2016 RACV Ladies Masters everyone was wondering what all the fuss had been about regarding the difficulty of the newly re-designed RACV Royal Pines layout. Over the first 36 holes of the tournament the conditions had been favourable and the scoring had been impressive.

Fast forward to 6.30 am this morning and it was obvious to all that this was going to be one tough day at the office for the 75 players who had made the halfway cut. The wind was already gusting to more than 55km/h and Royal Pines would be ready to show its teeth.

From the moment the first group teed off at 7.45am and three-time RACV Ladies Masters champion Dame Laura Davies started her round with a triple bogey, it was clear to all that scoring was going to be very tough on day three.

The lead would change several times during the course of the day. Clyburn was putting a solid round together and found herself at the top of the leader board at 10-under-par after being three-under for her round through 16 holes, however a disappointing  bogey, bogey finish would see her drop back to eight-under-par after shooting a one-under-par 72 and a three round total of eight-under-par.

The player whom many had felt today's tough conditions would suit best was Shin. Although she perhaps lacks length off the tee compared to her playing partners, she more than makes up for that with her consistency as showed today when she put together the only bogey-free round of the day, almost unfathomable given the conditions and reminiscent of her performance at the 2012 Ricoh Women's British Open at Royal Liverpool, when she won the championship for the second time, by nine strokes over Inbee Park.

Her two birdies at the eighth and last holes saw her signing for a two-under-par round of 71, a 54 hole total of 10-under-par and a two-shot lead over Clyburn and Lennarth, who had fought back well after being four-over-par after six holes.

Shin was obviously delighted with her round and said: "This morning when I came to the golf course I thought, 'Can we play?' Because it was so windy out there. I'm really happy I made no bogies today. Yesterday when I spoke with my dad he said, you made three bogies today, maybe try to make fewer bogies tomorrow. I kept thinking of this on the course today. I spoke with my caddie throughout today and he told me that I made solid shots all day."

Shin turned down an opportunity to play in the Honda LPGA event Thailand this week to play at Royal Pines, where she finished runner-up to Karrie Webb in the 2007, sixth in 2008 and eighth in 2009.