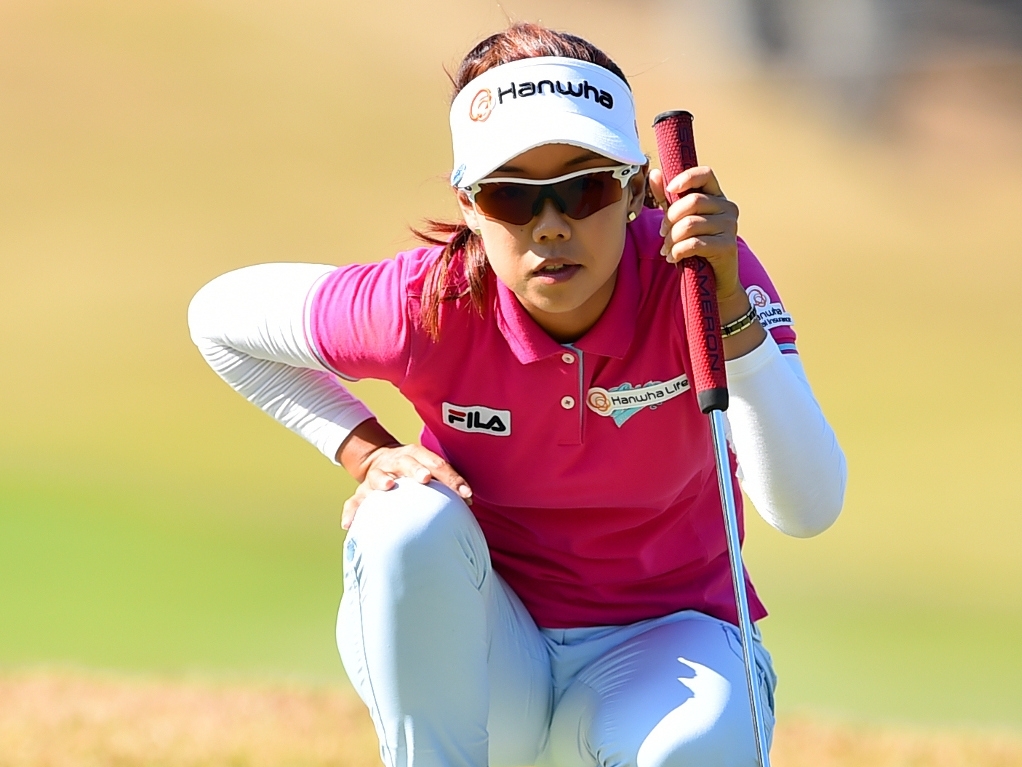 South Korea's Jenny Shin carded a seven-under-par 65 to claim a one-shot lead after the second round of the LPGA Tour's Toto Japan Classic.

In second place behind the second round leader is her compatriot Ha-Neul Kim, who reached 12-under-par after 36 holes having notched 66s in both rounds at Kintetsu Kashikojima so far this week.

Shin is yet to drop a shot at the tournament and claimed the outright lead with a birdie on the par-three 17th. The 2006 US Open junior champion is nearing the end of her fifth season on the LPGA Tour and has only two top 10s to show for her efforts in 2015.

Kim, meanwhile, is playing in her first season on the LPGA Tour and won the Munsingwear Ladies Tokai Classic in September.

On 11-under in a tie for third place is another Korean, Sun-Ju Ahn (65), Thailand's Pornanong Phatlum (66) and American Angela Stanford (68).

Phatlum birdied six of her first eight holes to move up the leaderboard following her first round 67, while Stamford was unable to replicate the her Friday form when a 65 gave her the first round lead.

Former world numer one Yani Tseng (68) is tied for eighth place on nine-under, while world number three Stacy Lewis notched a 69 to finish on eight-under and tied for 15th.