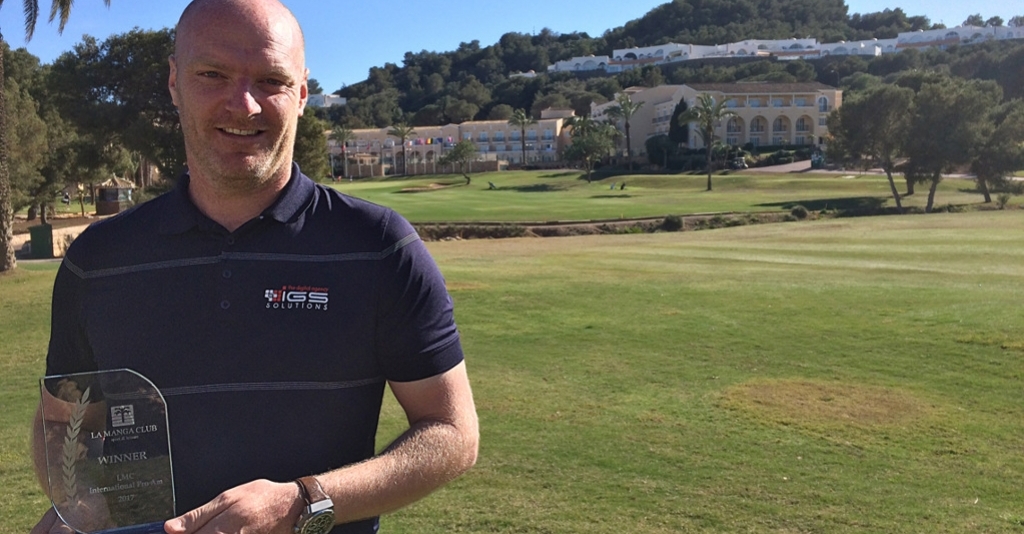 “It was a tough day today – I struggled a bit,” said Shave, after his one-over final round of 74 gave him a three-round total of 210 (-7). “It was really windy and I made a double bogey down the fourth…but I’m glad to get the job done with a birdie at the last.”

Shave, the playing professional at Whetstone Park GC in Cosby, Leicestershire, opened with an excellent six-under round of 67: He said: “It helped me out a lot really, because I wasn’t that great over the last two days!”

Having been runner-up in the event last year, the Englishman was ultimately a solid winner this time around and hopes to use the success as a springboard going into the rest of the year:

Shave added: “I’m just glad to be playing a bit better than I have been for the last few years…I’m starting to enjoy it a little bit more and hopefully I can press on and get some decent results.”

Finishing in second, with a total of 217 (E) is the PGA of Poland’s Lukasz Szadny, after he carded a one-over round of 74. The Polish professional started the day seven shots behind Shave in a tie for second, but was unable to close the gap on the eventual winner.

A further two shots behind and completing the top three is Joost Steenkamer (PGA of Holland), who finished on two-over (219).

The Team Pro-Am competition was won by Szadny and his amateurs, Waldemar Kowalczykowki, Krzystof Burlaski and Marek Rakocy.

“The guys are feeling great,” said Szadny, whose team finished with 257 points (-41) to complete their own beginning to end success. “We managed to score really well as a team…and we are over the moon.

“This is the third or fourth PGAs of Europe Pro-Am that we have taken part in as a team…and we will definitely be back here next year.”

The quartet finished 16 points ahead of Team Shave (241 points), who were in turn a further five points in front of the team led by the PGA of Switzerland’s Andre Bossert (236 points).