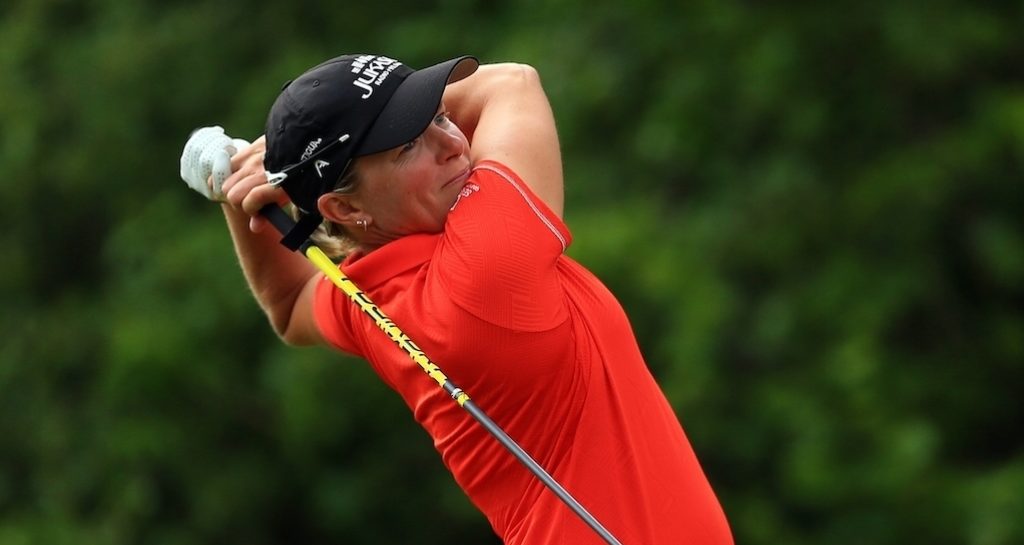 Alena Sharp is in a three-way tie for the lead at the Manulife LPGA Classic despite calling a penalty on herself.

Sharp carded a neat 66 on Friday to get to 12-under-par for the week. That number leads at the moment however Lexi Thompson and Kim Hyo-joo are on the same score.

The Canadien’s round could have been so much better though had she kept a double-bogey-seven off her card at the easy par-five third hole where Sharp called a penalty on herself.

The winless Sharp said the infraction happened after her ball had stopped in short grass, hard up against a collar of rough.

“I love playing in Canada… there’s nothing better” 🇨🇦

“When I addressed my chip shot the ball moved,” she told reporters.

“I don’t think I completely grounded my club, but the way the rule reads, I was going to ground my club and the ball moved.

“I needed to call it on myself because I was going to be thinking about it all day.

“Two dimples, but it moved.

“I’m totally all about the rules and etiquette and I just would never not call it on myself when the ball moves like that.”

After summoning a rules official to confirm the one-shot penalty, Sharp chunked her chip and walked away with a seven.

She showed great composure to recover though and is now certainly in position to win her first event on the LPGA Tour.