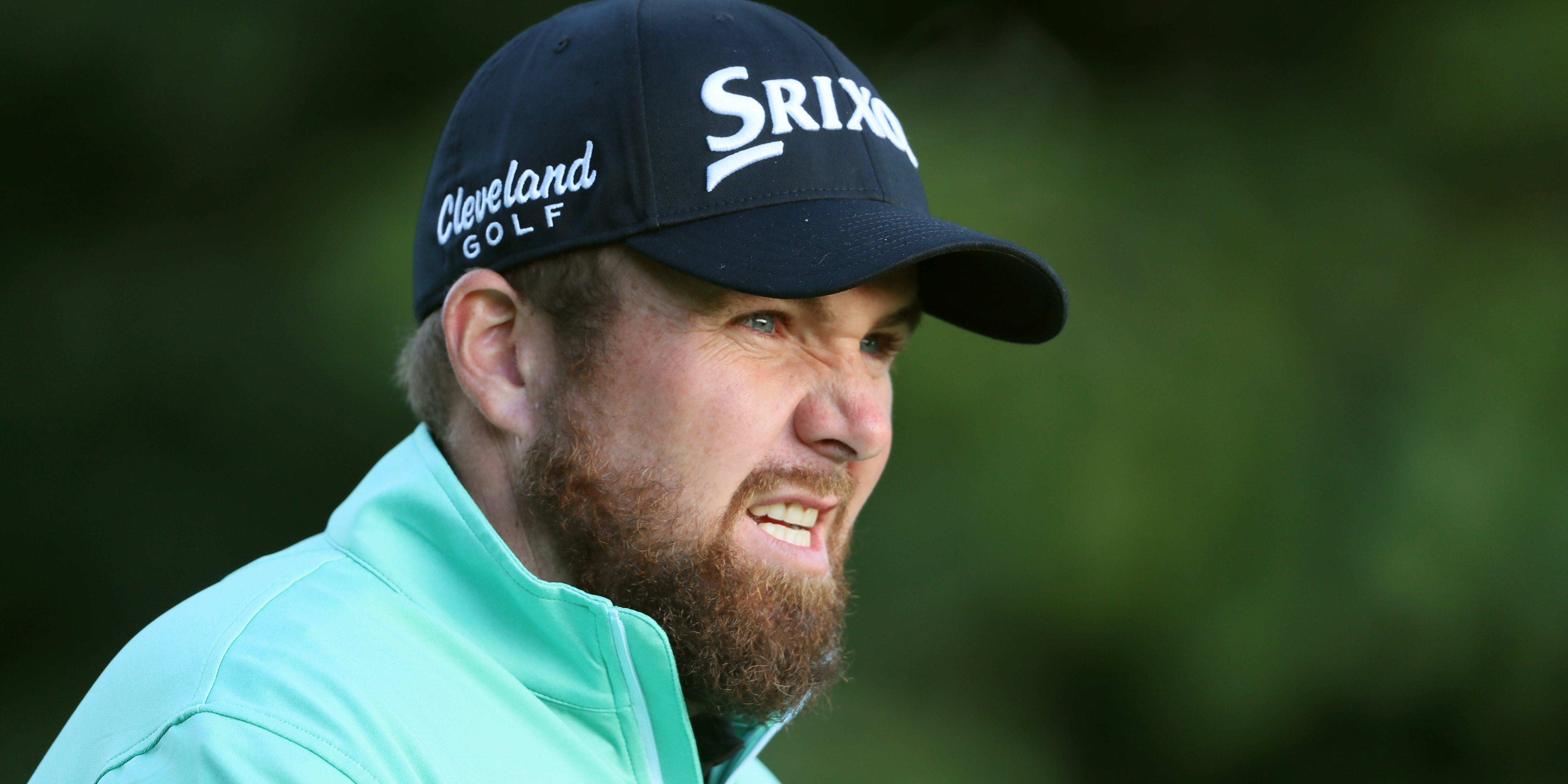 Lowry made the most of a last-minute decision to compete at Wentworth with seven birdies in a flawless round, while Fitzpatrick was on course for a tournament record before a double bogey on his final hole.

Back-to-back chip-ins, the first from a bunker for a birdie and the second from the back of the fourth green for an eagle, helped Fitzpatrick cover his first 16 holes in nine under par and take him to 14 under overall.

Surpassing Paul McGinley’s record halfway total of 13 under, set in 2008, looked to be a formality, only for Fitzpatrick to pull his approach to the eighth into the water surrounding the green.

At 12 under par, Fitzpatrick and Lowry enjoyed a three-shot lead over France’s Victor Perez, with Spain’s Adri Arnaus a shot further back.

“I don’t think I’ve had back-to-back chip-ins since I was 10,” Fitzpatrick said. “To be honest the first one was a little heavy but I’ll take it.

“This is the best position I’ve been in here and if I can continue playing how I have been there is no reason why I can’t finish it off.”

Lowry was runner up in this event in 2014 and has recorded three other top-10 finishes, but left it late to confirm his place in the field.

“I really only decided to come here on Sunday,” Lowry said. “I felt like I might need a bit of a break so I did not expect much coming over here.

“I flew over late on Tuesday but had a little skins game on Wednesday (with Graeme McDowell and Padraig Harrington) and anyone who knows me knows I hate losing.

“It’s good to get the juices flowing and I found a good rhythm and felt good. I’ve holed a few putts as well and that’s a big part of the reason I am so far up the leaderboard.

“I’ve been dropping a lot of silly shots on the golf course and it takes its toll. Playing golf on the cut mark is just stressful and it’s just hard.

“When you put up a good score in the first round and you get off to a good start in the second round like I did, it frees you up and allows you to play some good golf. That’s what I’ve done and hopefully just keep doing it again.”