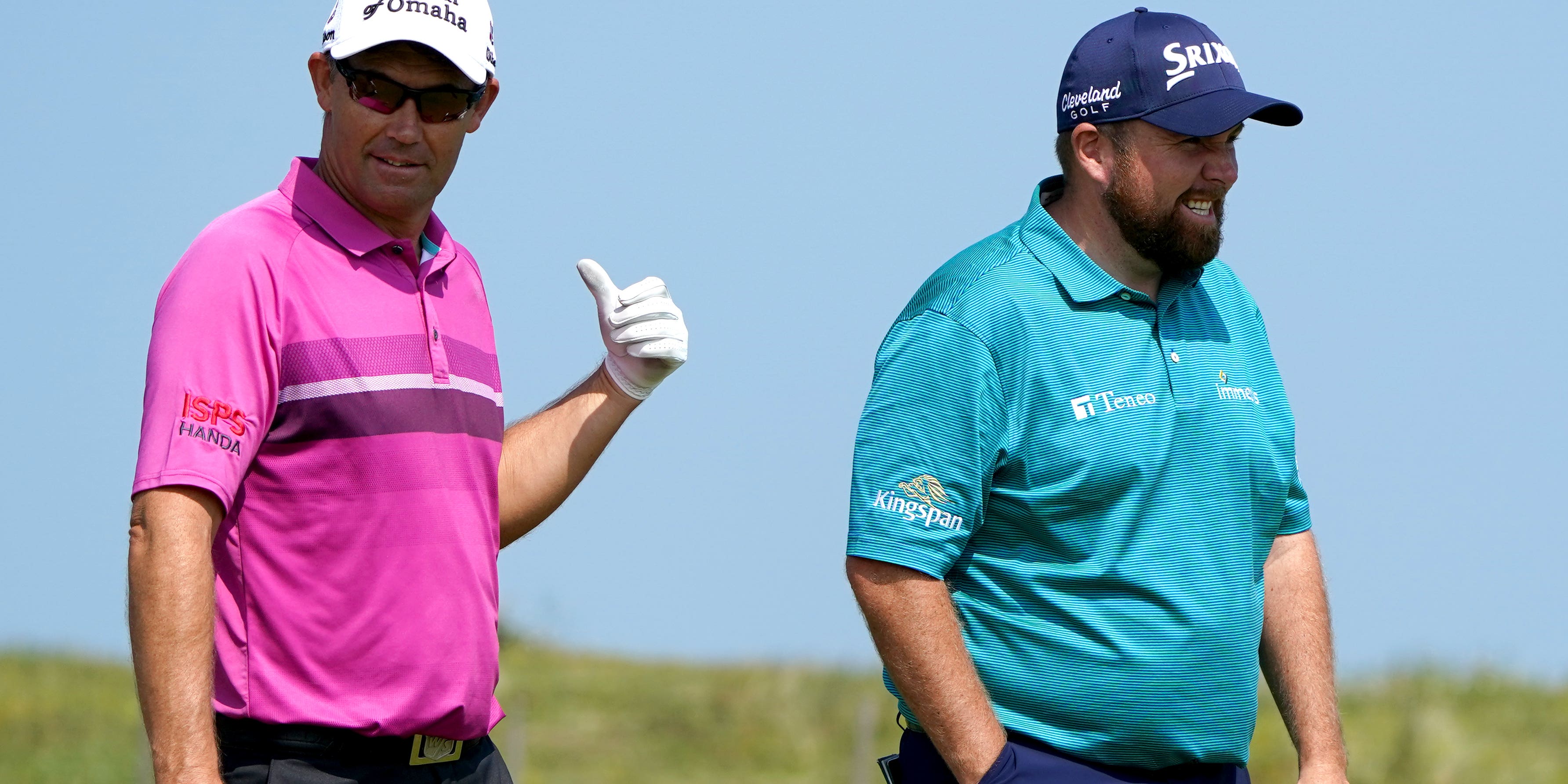 Shane Lowry admits he is there to be shot at in a Ryder Cup qualifying showdown that could leave good friend and European captain Padraig Harrington with a tough decision.

However, former Open champion Lowry’s grip on the final automatic place is precarious to say the least, with Austria’s Bernd Wiesberger just 75 points behind McIlroy in the European points list.

If Wiesberger finishes in the top 50 in the BMW PGA Championship at Wentworth he would overtake McIlroy, who would then qualify from the world points list instead, knocking Lowry out of the team.

And with the likes of Sergio Garcia, Ian Poulter and Justin Rose among those needing a wild card, Harrington would face a dilemma over who to leave out of his side for Whistling Straits when he names his wild cards on Sunday evening.

“There are probably a few people gunning for me this week but I’m in a great position,” Lowry said. “I’ve worked very hard this year to get there.

“I’ve spent definitely the last five, six years trying to make a Ryder Cup team so I feel like I’ve got a great opportunity this week and looking forward to going out and trying to do it.

“I feel like I’ve played some really good golf over the last while and my form is good, so it will be interesting to see how it all plays out. I can only look after myself and one shot at a time and all that stuff, and try to shoot the best scores I can and have the best week I can.

“If there’s a week that I’m coming to try and perform, Wentworth is one of the places I like to play. So hopefully I can go out and perform well this week.

“Obviously I’ll have a close eye on it all week. There’s a lot of guys that have a chance this week. I’m one of them.”

The only way Rose can qualify automatically is by winning an event in which he has twice been second, the former world number one losing a play-off to Anders Hansen in 2007 and finishing runner-up to Luke Donald in 2012.

“The last time I felt like I should have been picked, I didn’t get picked so you never want to rely on it,” Rose said.

“You put yourself in that position and you have to deal with the consequences, but absolutely I do still have a road into the team and I may as well focus on that. It’s win or bust and I’m not relying on other results so that’s Plan A.

“Plan B is to show enough form that I’m playing well and can be relied upon. At that point you hope that your record speaks for yourself and your experience in the tournament and the fact that you’ve been a valuable team member in the past.

“Obviously if something gets thrown up at the 11th hour then he (Harrington) has to consider that. At this point he’s trying to keep as few players as possible in the forefront of his thoughts.

“It’s nice to be in that situation at least I suppose and now it comes down to what could happen with other people’s results.”

As for the time he was overlooked for a wild card, that occurred mid-tournament in 2010 when Colin Montgomerie opted for Donald, Edoardo Molinari and Harrington.

“I’d won twice that season and Paul Casey was seventh in the world and didn’t get picked,” Rose recalled.

“That was a disruptive day for everyone involved. I think Luke went out in 29, got the nod and came back in 45. It caused chaos that day. It’s a better situation this time around for all involved.

“With the amount of time that has passed and having so many great Ryder Cup experiences it’s a non-issue now. I was more annoyed that it ruined my Sunday at the tournament.”