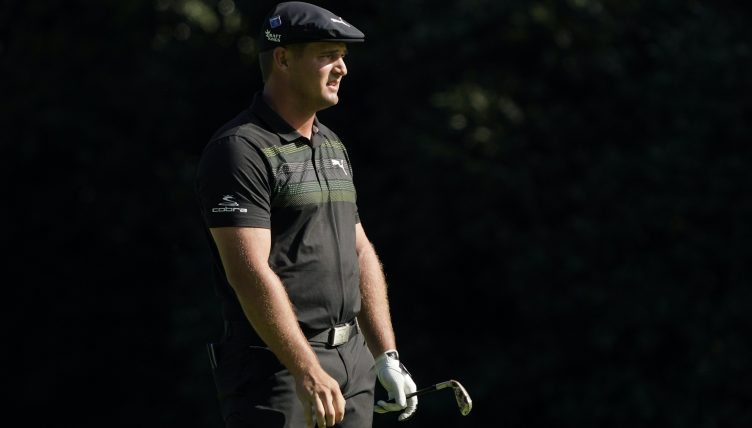 Bryson DeChambeau’s bid for back-to-back major titles got off to an extremely eventful start on a weather-affected opening day of the 84th Masters.

After play got under way 10 minutes behind schedule due to darkness, only 25 minutes of action was possible before the siren sounded to call the players off the course due to the threat of lightning.

Heavy rain left standing water on several holes and play eventually resumed after a delay of two hours and 45 minutes which meant the first round would not be completed on schedule on Thursday.

DeChambeau had dominated the headlines in the build-up to the week after overpowering Winged Foot on his way to a six-shot victory in the US Open in September.

And the big-hitting American almost made the ideal start on the 10th, his opening hole, following a 327-yard tee shot with a fairway wood and a well-judged approach which span back to just six feet from the hole.

However, he missed the birdie attempt and then hooked his tee shot on the 11th deep into the trees to the left of the fairway.

DeChambeau hit a provisional ball but was able to find his original and pitch out towards the 12th tee, from where he hit his third shot to 10 feet and holed the putt for an unlikely par.

In Monday’s practice round DeChambeau had needed only a pitching wedge to reach the green with his second shot to the par-five 13th.

Three days on it was a completely different story as he pushed his tee shot into the trees and then pulled his second into the bushes behind the green.

After hitting a provisional ball into Rae’s Creek, DeChambeau again found the original and took a penalty drop before fluffing his first chip and eventually walking away with a double-bogey seven.

DeChambeau steadied the ship with a birdie on the par-five 15th and picked up another shot on the next to reach the turn in level par, five shots off the pace being set by England’s Lee Westwood and American Webb Simpson.

Westwood, who finished runner-up to Danny Willett in 2016, was playing the course the right way round and had birdied the second, third, fifth, eighth and ninth to race to the turn in 31.

Compatriot Paul Casey was a shot off the lead alongside former Open champion Louis Oosthuizen, with defending champion Tiger Woods another stroke back.

Woods, who ended an 11-year wait for his 15th major championship and fifth Masters title at Augusta National in April last year, had teed off two groups behind DeChambeau and birdied the 13th, 15th and 16th, his tee shot on the latter pulling up just inches short of the hole.