Sergio picks a fight with a bush and loses 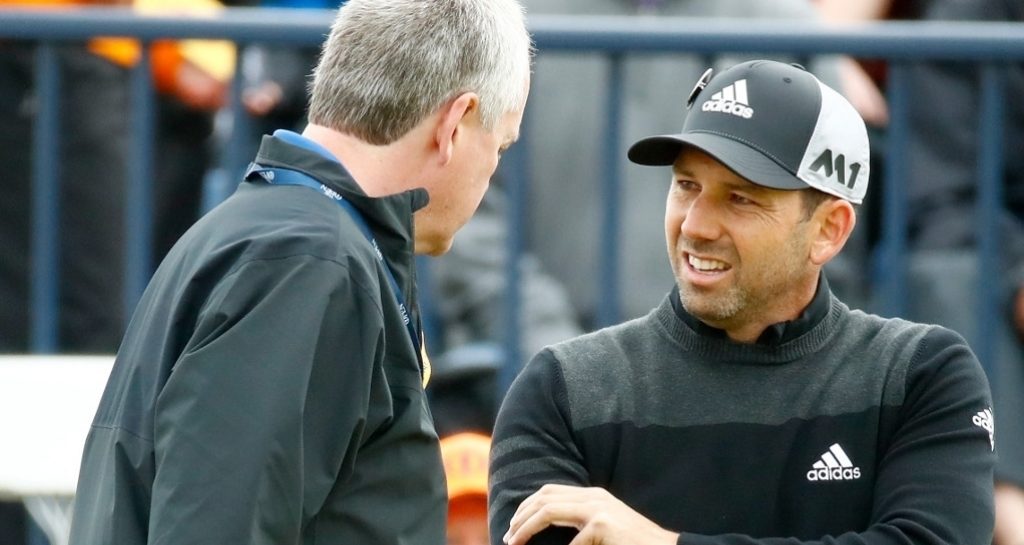 Sergio Garcia decided to take his frustration out on some foliage at the Open Championship on Friday, and came off second best.

Frustrated after sending his tee shot at the par-3 4th to the back left of the green near a gorse bush and only being able to hack his second shot out short of the putting surface, the Spaniard decided to take a swipe at the offending bush.

Unfortunately, that left the bush none the worse for wear but Garcia clutching his shoulder in pain.

Update: This is how Sergio hurt his right arm. Took a swipe at the gorse … and the gorse won. #TheOpen pic.twitter.com/Z3uYcQNfBX

The Masters champion took a painkiller on the fifth tee, and then spoke with a medical official on the seventh hole.

He was able to complete his second round, but admitted afterwards his shoulder still felt sore.

“It wasn’t very smart,” Garcia said. “I felt like the muscles in my shoulder went one on top of the other. It was a little sore on the next tee, but I took some ibuprofen  and got a little work done on the 8th tee, and fortunately it started to loosen up as the round went on.”

Garcia did make a bogey on the fourth, but was able to post a one-under-par 69 that leaves him two over for the tournament.

“It still feels a little bit sore but [the physiotherapist] said it wasn’t strained…hopefully it will be better in the next few days.”