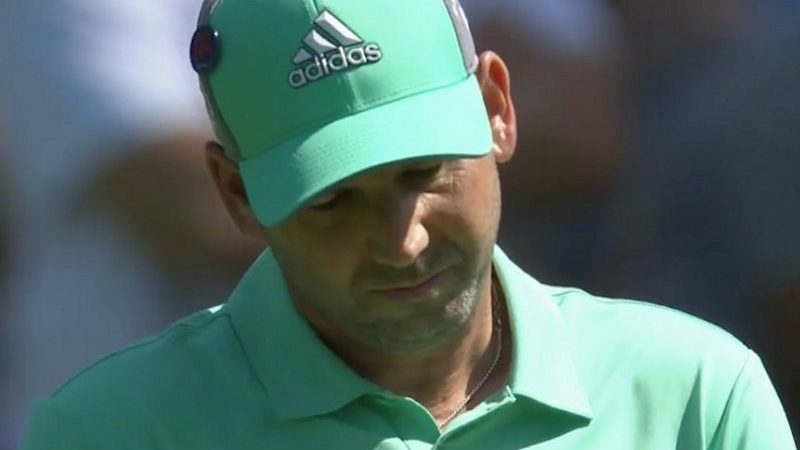 Defending champion Sergio Garcia dropped a whopping eight shots on a single hole during his first round at the Masters on Thursday.

Heading to the 15th on two over par after an already eventful round that included three birdies, two bogeys and a double, Garcia experienced a moment that every golfer dreads.

The Spaniard hit no less than five consecutive balls into the water before finally completing the hole with his 13th stroke.

With his 10th shot of the 15th hole, Sergio Garcia delivered his fifth consecutive ball into the water. #themasters https://t.co/Nj020wsUeB pic.twitter.com/kWA0XBSlUK

That tied the highest score ever on a single hole at Augusta, and left him on 10 over par for the tournament.

Garcia was somehow able to recollect himself and birdie the 16th, before signing for a 81 that left him second to last in the field.