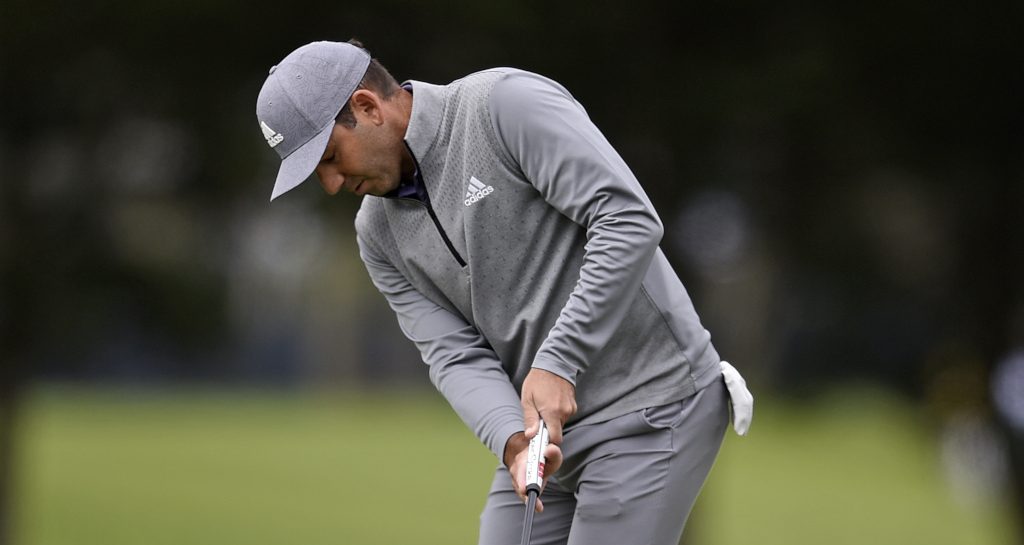 Sergio Garcia has revealed he often putts with his eyes closed – and it seems to be paying dividends at this week’s Sanderson Farms Championship.

Garcia carded a second consecutive round of 68 at Country Club of Jackson to move to eight under par for the tournament and into a tie for seventh heading into the weekend.

While cameras only picked up Garcia closing his eyes before a putt during Friday’s second round, the Spaniard said he’s been doing it on and off for quite some time.

In fact, the habit dates as far back as when he won the Masters at Augusta in 2017.

“Would you believe me if I told you I’ve been doing it for about three years?” Garcia told reporters after his round.

“I’ve gone on and off, but like Augusta I won it playing with my eyes closed every single putt and some of the other wins, too.

“I’ve tried — I feel like it gives me a little more freedom to feel the stroke instead of kind of — sometimes we get too focused on trying to make it perfect and kind of following with the eyes and everything.

“So, this way I feel like I just feel it and I just let me natural ability kind of take over instead of telling myself what to do.”

He added: “I would love to putt with my eyes open, but I feel like my stroke is more consistent when I kind of try to forget about it and just kind of feel it.

“That’s what I’ve been doing. I’ve tried to putt with my eyes open again here and there and I tried it at the US Open a couple weeks ago, obviously didn’t work very well.

“At the end of the day we all try to find a way to feel comfortable. Jordan (Spieth) used to putt looking at the hole. It’s kind of like the same thing.”

Some of the social media reaction to Garcia closing his eyes on the greens has been less than complimentary, but he’s not bothered.

“I don’t care what they think,” said Garcia. “They’re not out there playing. I’m going to do whatever I feel is best for me.”