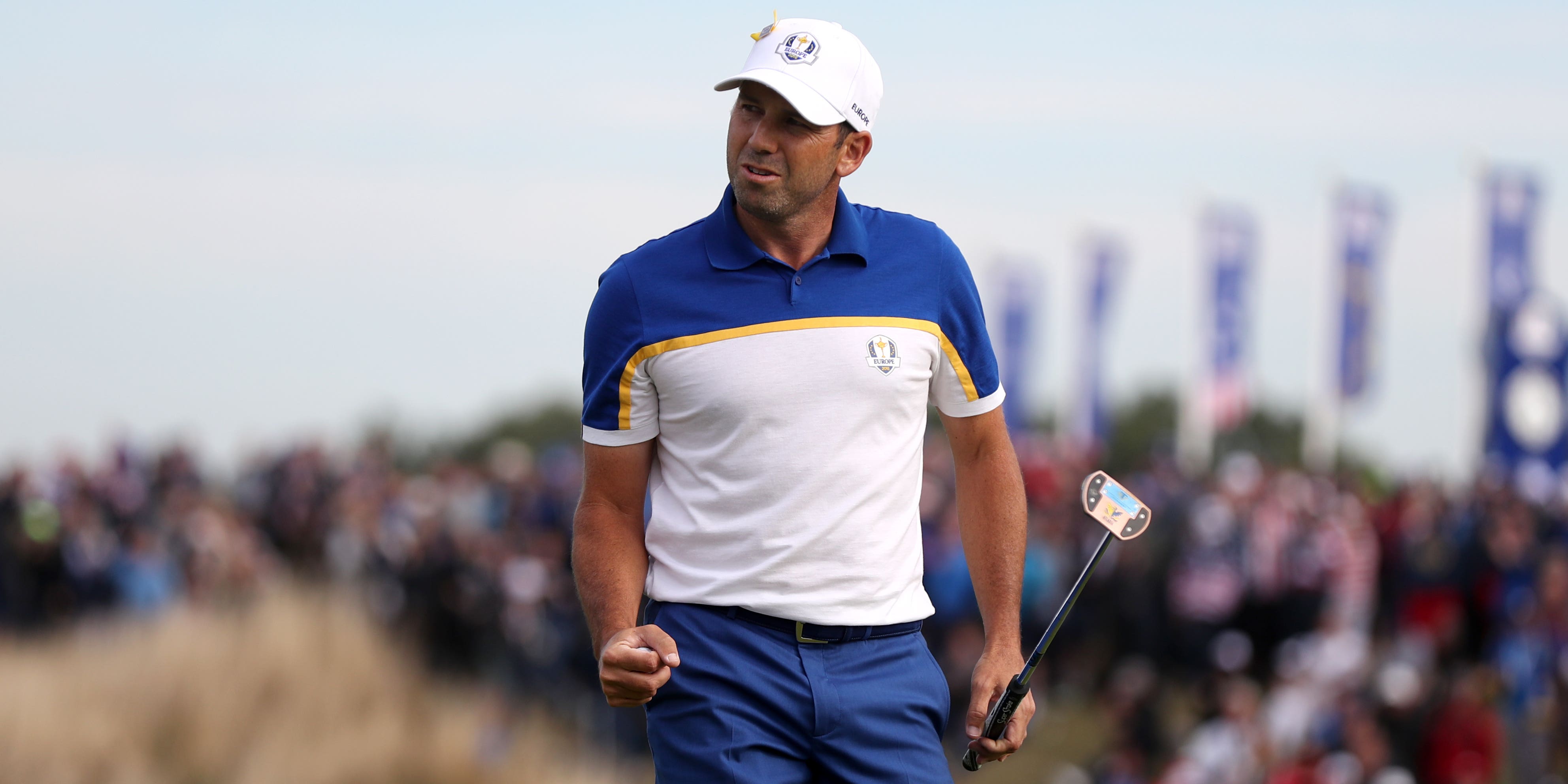 Sergio Garcia believes his “gamble” of not playing the final qualifying event will pay off at Whistling Straits as Europe bid to retain the Ryder Cup.

European captain Padraig Harrington told his wild card contenders they would be “taking some chance” if they failed to contest the BMW PGA Championship but, while Ian Poulter, Shane Lowry and Justin Rose were all at Wentworth, Garcia opted to stay at home.

It was a decision which meant even the contest’s record points scorer felt he was not certain of getting a wild card, but in the end it was Rose who missed out as Harrington selected Garcia, Lowry and Poulter to complete his side.

“I’m not going to lie, I did spend a lot of time worrying about it for sure,” Garcia said.

“I had talks with Padraig and (vice-captain) Luke (Donald) and they tell you that you look good for a pick, but when it came down to the last few moments Angela (his wife) and I were fixing to have lunch and I was too worried to eat.

“I was looking at the clock and at the phone every two or three minutes wondering when the call was going to come. I did worry a little bit, because you can never take anything for granted, and you know that what happens in the days and weeks running up to the final choice can change things.

“It was probably worse before Paris because there was a lot of speculation that I wouldn’t get a pick. But when you get that call it makes it a little bit sweeter.”

Garcia had played in all three FedEx Cup play-off events in the build-up to Wentworth, missing the cut in the Northern Trust but then finishing sixth in the BMW Championship and 10th in the Tour Championship.

“I don’t know if it is the best I’ve played in the build up to a Ryder Cup, but it’s certainly up there,” the 2017 Masters champion added.

“I think the best was in 2008, when I was coming off an amazing year. But unfortunately I got sick the week before and that kind of drained me going into the Ryder Cup. I just didn’t have the energy that I wanted to have.

“And to be perfectly honest, that’s why I took the gamble of not going and playing at Wentworth. I felt like at 41 – and as Padraig kindly pointed out, I’m not getting any younger – I didn’t want to travel so much and play four weeks in a row.

“I thought even if I play great and qualify by right, or just play well enough to show I deserve a wild card, you still have to get over jet lag and adjust to the time change again.

“I would rather take the chance that I would be picked and get to the Ryder Cup with the batteries full and ready to do what I know I can do, not just for myself, but for the team.

“I’d rather do that than risk being a little bit drained, a little bit down, and not be able to bring what I know I can. So yeah, it was a bit of a gamble not being at Wentworth, but Padraig knew the reasons for it.”

Harrington described Garcia and Poulter as the “heart and soul” of the European team when he announced his wild cards, a compliment which gives Garcia greater pleasure than his record tally of 25.5 points.

“It means more. Without a doubt,” the 41-year-old said. “I love that team room. You can’t believe how excited I get to be a part of that, to joke with the guys, to get to know the new boys and to put my arm around some of the rookies – and even the non-rookies.

“We all need a little lift at times, no matter how often we’ve been through this. Whoever needs a hug will get one. That includes me, because other players will open up to me and maybe just give you a little punch on the shoulder to say, ‘Hey, it’s all right – we’re in this together’.

“Those things mean so much. They are so meaningful to me, and that’s the main reason why I love the Ryder Cup so much.”