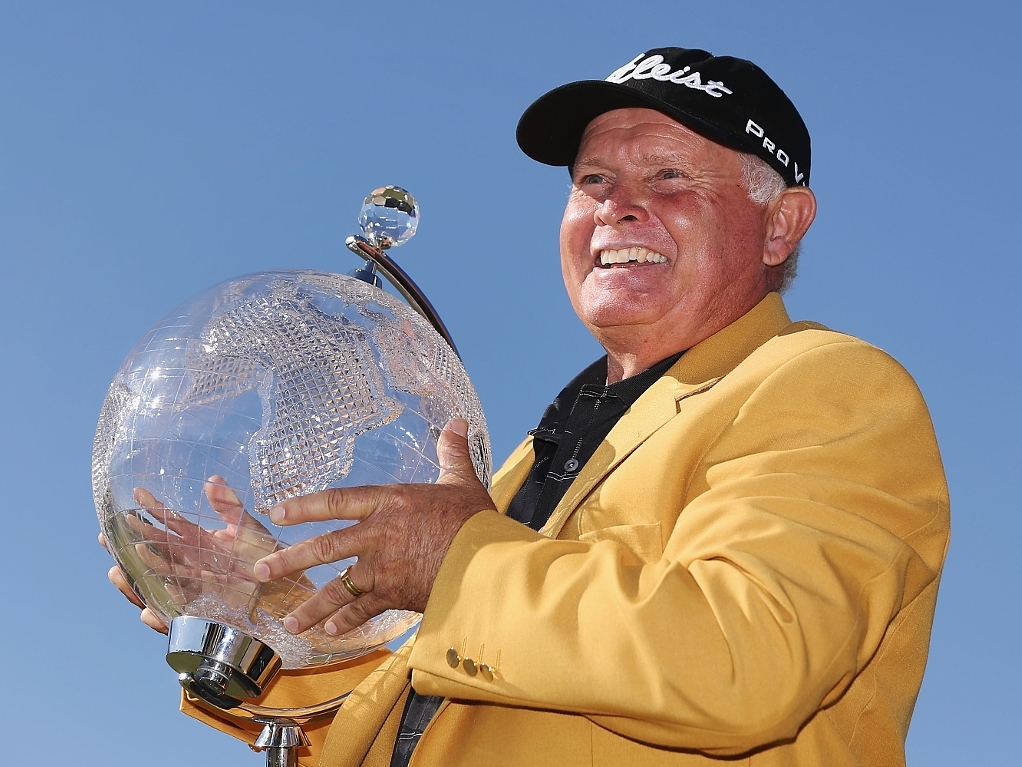 Peter Senior won the Australian Masters title for a third time after carding a three-under-par 68 in Melbourne on Saturday.

The 56-year-old became the oldest winner of the title, eclipsing the mark set by the 50-year-old Gene Littler in 1980, having previously won at Huntingdale in 1991 and 1995.

Senior started the day in a share for third place but had opened up a three-shot lead with three holes to play. A bogey at the 17th saw him drop back to the chasing pack somewhat, but the late mistake was of little consequence as he finished two shots clear of amateur Bryson DeChambeau, John Senden and Andrew Evans.

Former Masters champion and the highest-ranked player in the field at 12th in the world Adam Scott was alone in fifth place, two further shots behind.

Senior's most impressive shot of the afternoon came at the difficult par-four, 476-yard 10th, a hole that has been played as a par-five in other events.

His approach shot from 220 yards came to a standstill just 18 inches from the cup to set up an easy birdie.

"It's always a tough hole, normally a par-5 for me," Senior recalled.

"The young guys can do it. But to hit it that close sort of push-started me for the back nine.

"I'm getting a bit long in the tooth, but it's still amazing."

Scott was left ruing what might have been after falling away with a 77 on Saturday, which resulted in him going into the final round five shots behind overnight leader Matthew Millar, who carded a 75 in his final round to finish on three-under, five strokes off the pace.

"It was tough to fire on all cylinders after having such a shocker yesterday," Scott said. "I've shot some good scores the past few weeks. The good stuff is there, but it's not consistent enough."