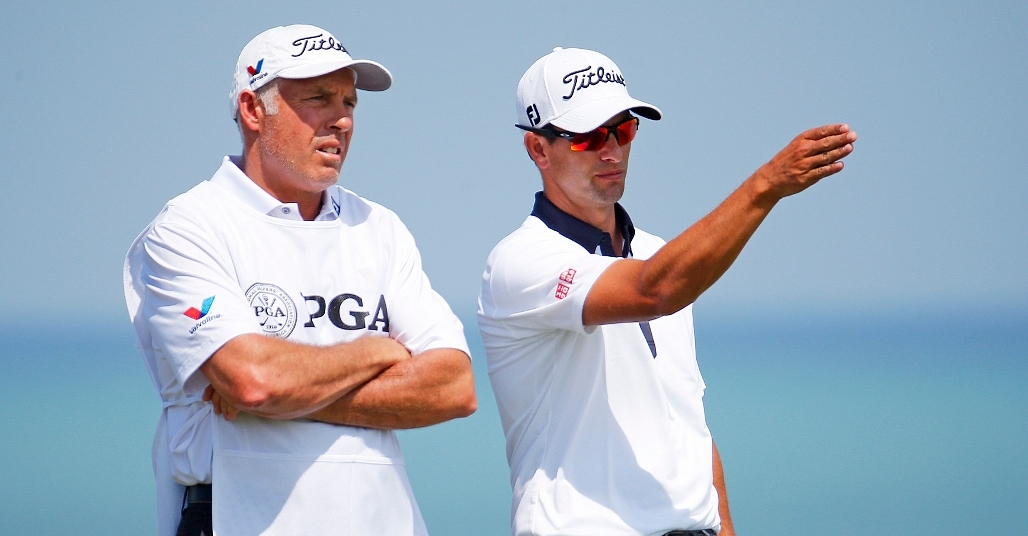 Adam Scott has confirmed that he will team up with Steve Williams at Augusta for the US Masters.

Despite winning both the Honda Classic and WGC-Cadillac Championship in consecutive PGA Tour appearances, the Australian has confirmed that he will swap current caddie Dave Clark with Williams for the year's first major.

This is particularly surprising given how well the current pair have worked together under tricky circumstances.

Clark has carried Scott's bag through the latter's smooth transition to a shorter putter and it is hard to imagine a time that the 2013 Masters champion has hit his irons and driver with more conviction than in the last few weeks.

Additionally, given Williams' past with Tiger Woods, he will always bring with him the potential to create distractions for whoever he caddies for.

"The plan is set. David is doing an amazing job and we are working very well together, but you could offer Steve the job to any player in the world for Augusta and they are going to want to take him," Scott explained to AAP.

"His experience is amazing and we work very well together. Look at our record the last few years.

"It shouldn’t come off as David is second rate in any of this.

"There’s lots of good stuff to come and that’s why I was so keen to have David.

"When the position was offered he saw the big picture and he was excited and he didn’t look at it as though he is getting the shaft by not working the majors and that stood out to me quickly."