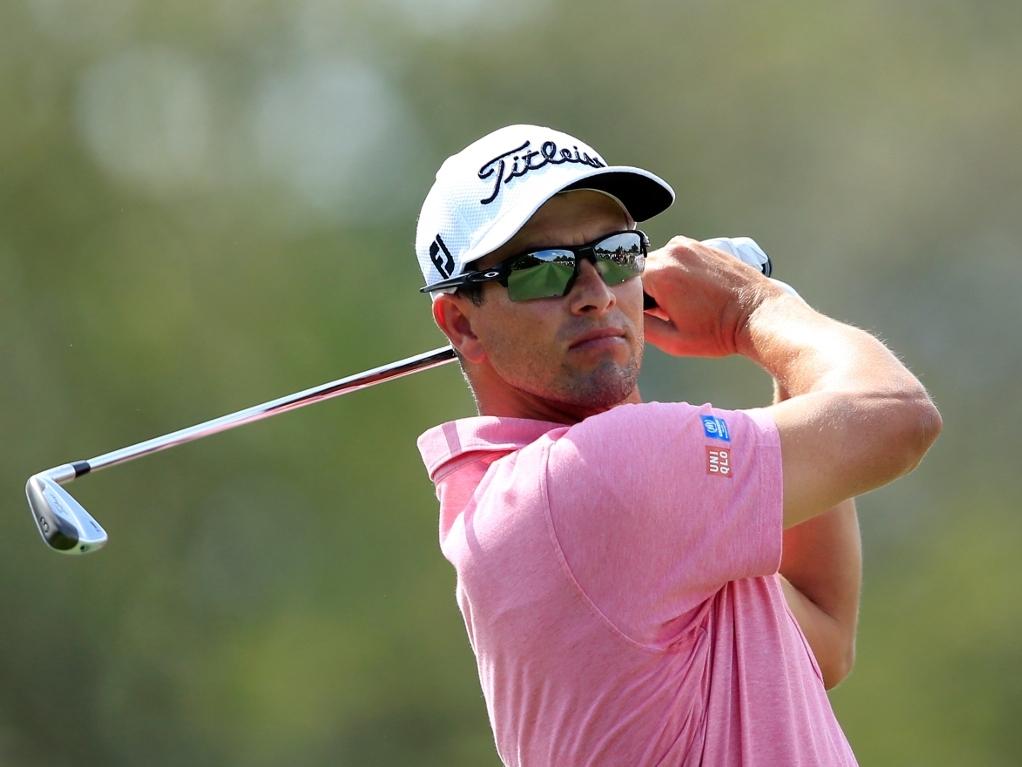 Adam Scott fired a six-under-par 66 to claim a two-shot lead at the WGC-Cadillac Championship in Miami on Friday.

Scott, who is on 10-under, is followed by Rory McIlroy and defending champion Dustin Johnson as the pair surged up the leaderboard to end the day on eight-under.

Danny Willett occupies fourth place on seven-under, while Bubba Watson is in a tie for fifth with Charley Hoffman on six-under.

World number one Jordan Spieth slipped down into a tie for 12th and remains seven strokes adrift of the lead, while Jason Day is 12 strokes behind Scott after carding a two-over-par 74.

Scott, who triumphed at the Honda Classic last week, continued his run of good form as he began his round at Trump National Doral with a 26-foot birdie putt at the first before making another birdie at the next hole. Despite recording a bogey at the third, Scott bounced back with consecutive birdies at the sixth and seventh.

The Australian maintained his momentum on the back nine as he made four birdies, three of which came in a row from the 15th to 17th, and a bogey.

McIlroy climbed up 14 spots on the leaderboard following a superb seven-under-par 65, which saw him make five birdies, including four in a row from the fifth to eighth, and a bogey on the front nine. The world number three enjoyed more success on the back nine as he registered three more birdies, which included a 23-foot putt at the 15th.

Johnson, who carded an eight-under-par 64, had a day to remember as he began with three birdies on the front nine before proceeding to make an incredible five birdies on the back nine to keep his hopes of retaining his title alive.

Watson meanwhile made four birdies and a bogey during his round of 69 and is now four strokes off the lead.

Spieth fell down four spots on the leaderboard after recording a level-par 72, which began with him making a birdie and two bogeys on the front nine. Spieth’s turbulent round continued on the back nine as he made three birdies to go along with two bogeys, which occurred when he missed par putts between four and five feet.

Day struggled on Friday as he began his round of 74 with a trio of birdies and two bogeys on the front nine. After a mediocre start, the world number two faltered on the back nine as he made three bogeys at the 10th, 14th and 18th.