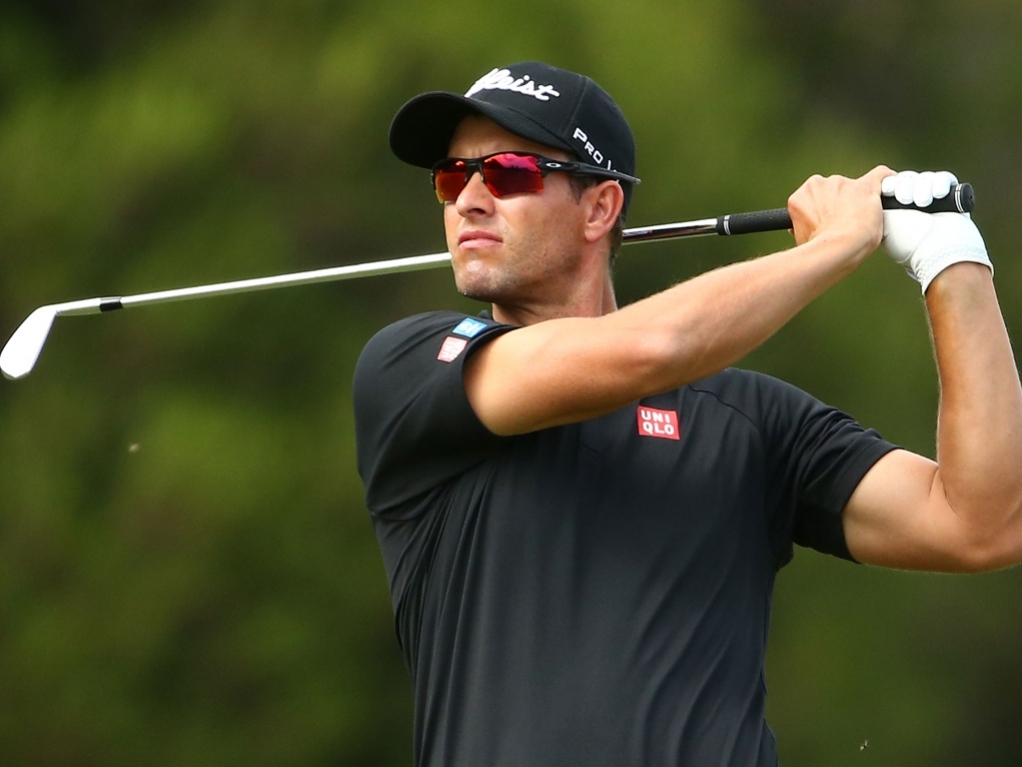 Adam Scott claimed the first round lead of the Australian Masters after carding a seven-under-par 64 at the Huntingdale Golf Club on Thursday.

The former Masters champion used the benign conditions with aplomb and sunk birdies on five of his last eight holes to claim a one-shot lead over Australian countryman Daniel Fox (65).  Scott is now favourite with most bookmakers to win the tournament.

Fox carded five consecutive birdies to end his round, having reached the turn on level par.

Two local pros Peter Wilson and Matthew Stieger were in third place, two shots further adrift on the sandbelt course after first notching 67s on an overcast morning in Melbourne.

For Scott, Thursday’s opening round comes as a welcome reprieve after he struggled to 70th position at the WGC-HSBC Champions event in Shanghai.

“Everything panned out today,” Scott, who is currently ranked 12th in the world, said following his blemish-free round.

“I played really solid so it’s nice to see a little bit of the work I’ve been doing last week and early this week fall into place in the tournament situation.”

Scott has been one of the most prominent exponents of the broomstick putter over the last decade, but since putter-anchoring is banned as of 2016, the former world number one has been forced to revisit a more tradition club around the greens.

So far, the transition has produced mixed results for Scott, but after needing only 28 putts during Thursday’s round, he was pleased with how his short game performed.

“I feel like it’s in a good spot,” he said of his putting.

“But hopefully, there are more good weeks and the confidence continues to build.”