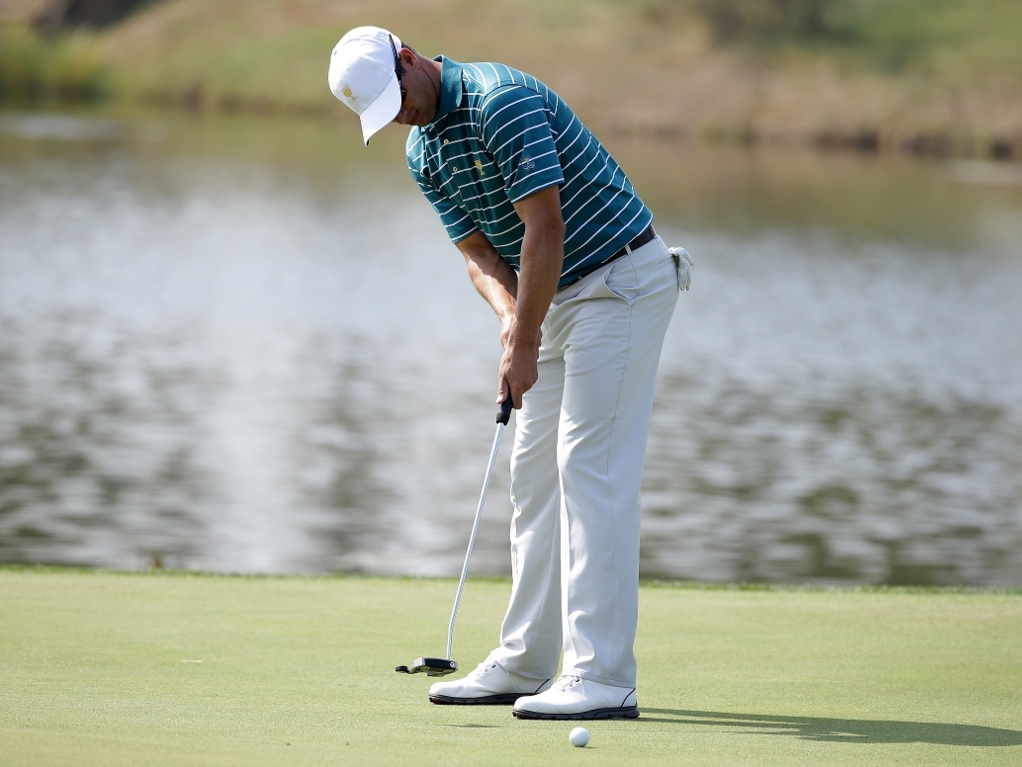 Adam Scott will use a conventional putter at the Presidents Cup, after making the switch from a broomstick putter three months before the anchored putting style made use of with broomstick putters becomes banned.

The Australian first made use of the long-handle putter 2011, and it was one of the factors credited in the rise which saw him win the Masters in 2013. With the ban on broomstick putters coming into effect at the start of next year, Scott began 2015 using a conventional putter and finished in a tie for fourth at Doral. However, poor showings at the events that followed saw him once again change putters.

The 35-year-old has now decided to switch putters for a final time, this time back to the conventional putter that he will have to make use of in the future.

“I think it was a good time to make a change and spend some time working on it,” said Scott.

“It’s a similar amount of time, actually, when I switched to the long putter, that gap of five weeks between events. It took shape quickly, and I feel the same will happen with this. It’s kind of refreshing to have to make a forced change because my putting stats are not that impressive this year.”

The former world number one added that he has learned from his unsuccessful attempt to switch putters at the start of the year.

“I didn’t take any time going into that,” he explained. “I just did it with no thought and open mind to see how it went. It went well, really, but maybe I got a little jumpy as I neared the Masters without a little practice and went back. But this is a more permanent move. I think I’ve got to stick with it now and get good at it.”

Making the change ahead of the Presidents Cup may seem like a strange one, but Scott has no doubts about his ability to adapt quickly.

“I’m more confident putting it into play this week,” he said. “Playing with it early in the year I didn’t know what to expect. This week … there has to be a week where I start, and it might as well be here. I’m confident I can make myself one of the best putters on tour with a short putter.”