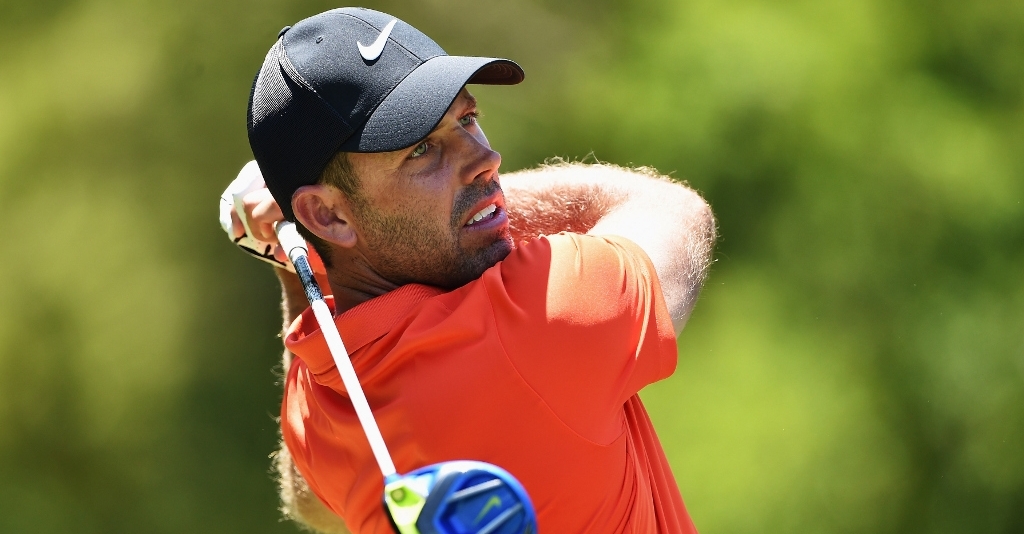 Charl Schwartzel shrugged off a bogey on the final hole to take a one-shot lead after the third round of the Tshwane Open.

The slip at the last was disappointing, but the South African was still satisfied that he was striking the ball extremely well after signing for a four-under-par 66.

He made three birdies, as well as the eagle three on the ninth, all of which combined to give him a tournament total of nine-under par and a one-stroke edge over Zander Lombard, who was a further two clear of Haydn Porteous and Anthony Michael.

“The ninth was two good shots,” said Schwartzel. “I hit a good drive into the fairway and then a six-iron to eight feet, and then made the putt.”

It is putting that is exercising Schwartzel’s mind right now, and he went straight from his media duties after his round onto the practice green together with ‘eye doctor’ Sherylle Calder. “I made three good putts today,” he said. “One on two, that putt on the ninth and then one on the 17th.”

On a course which has been changed from its normal par-72 for members to a 70 for the Sunshine Tour and European Tour professionals, it was not surprising to see only 13 players of the 72 who made the cut under par.

That challenge didn’t deter Lombard, who came flying through the field with a seven-under-par 63 to ease himself into a position to challenge for a maiden professional victory. He didn’t drop a single shot, but was particularly impressive on a seven-hole stretch around the turn during which he was seven-under with a par, five birdies and an eagle three on the ninth where he chipped in.

“I was a bit frustrated for the first five holes, just pars, simple pars that could have been birdies, and I just saw the guys on the leaderboard and it just gave me a bit of momentum to try and chase them,” said Lombard. “Luckily I holed two good putts on six and seven and then I just had the momentum on my side and made birdie on eight and eagle on nine. It was definitely a great way to turn on moving day.”

Porteous managed to recover from a triple-bogey seven on the seventh to card a two-under 68, and put himself in contention to add this title to his breakthrough Joburg Open win last month. “Walking away with seven wasn’t exactly ideal, but you know you’ve got to take the good with the bad,” he said. “I’ve just got to think of all the good shots I hit today and all the good putts that I made. We’ve just got to take it as it comes tomorrow and you know hopefully if I keep the big black numbers off the card then we’ll see how it goes tomorrow.”

He’ll be in the group just behind Schwartzel for the final round, but Lombard will be playing with the man he watched and admired while he was a kid. “It will be good to play with Charl,” said Lombard, “but I’ll have to stick to my processes tomorrow and see what happens. We’ll count up the scores afterwards.”

As far as Schwartzel was concerned, it is going to be a thrill to play with one of the rising stars of South African golf. “I’m not sure that I’m intimidating,” said Schwartzel, “but I’ll certainly enjoy testing myself against someone who is obviously that good.”