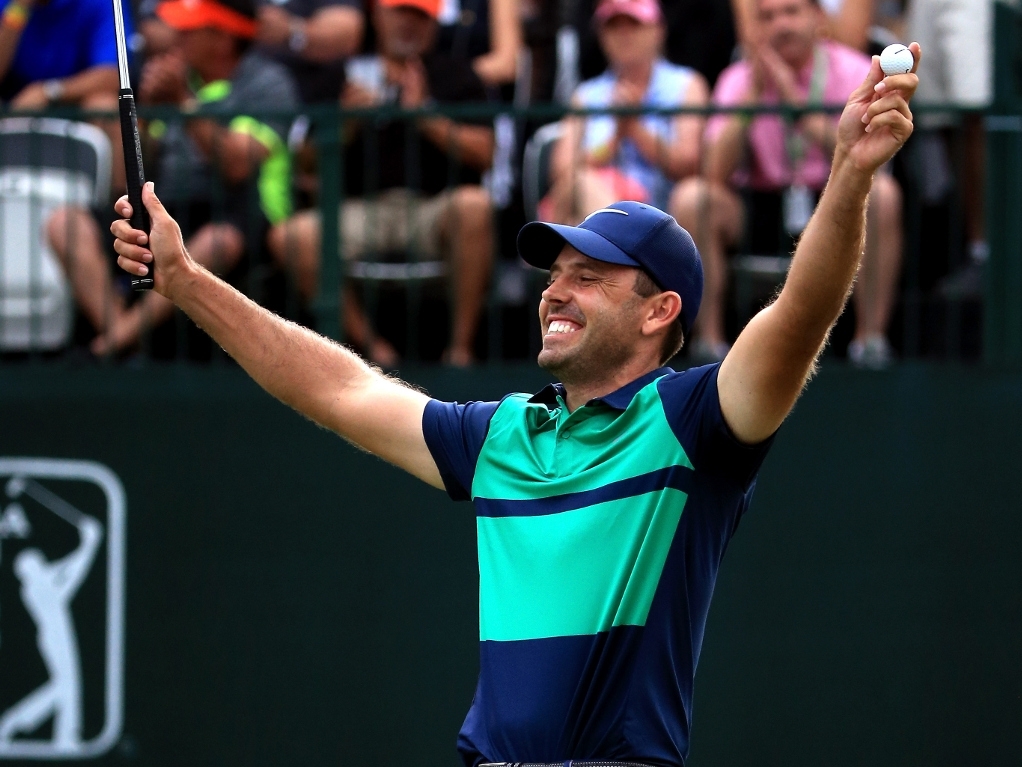 Charl Schwartzel's win at Sunday's Valspar Championship has given him good momentum as he looks toward the Masters in April.

The South African came from five strokes behind at the Copperhead course to earn a playoff with Bill Haas, which he won on the first hole for his first win on the PGA Tour since 2011.

With the Masters just a few weeks away – where Schwartzel is a former winner – the title goes a long way towards giving him that all-important confidence for the big stage.

"It's a place I feel very comfortable with and for me the best thing of all of it I've actually got my fade back.

"All over it's a really good boost to going back and starting the first year, first major of the year. I mean it's a really exciting week and always look forward to it."

So how come the turnaround? Schwartzel explained that his father, his only swing coach throughout his career, inspired him and the tide started to turn with his win at the Tshwane Open in February.

"He gave me all old feelings and sort of things that we used to work on that I had forgotten to work on again and made it very simple," added the 11-time European Tour winner.

"I started trusting it and started believing it. Then winning in South Africa helped because there you're hitting good shots under pressure to win. That gets your confidence up."

That confidence will certainly be key when the Masters tees off at Augusta on April 7.