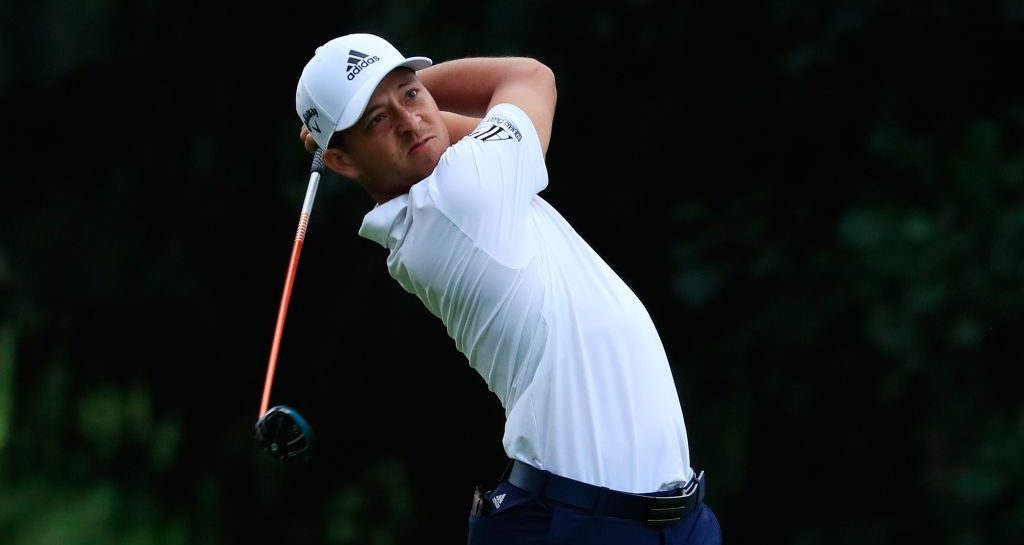 Xander Schauffele leads the BMW Championship after following his opening 63 with a 6-under 64 on Friday to take a two-shot lead over Justin Rose going into the third round at Aronimink.

“A lot to prove not just to everyone else but to myself this weekend,” said Schauffele, last year’s Rookie of the Year. “I’ve been failing a lot, so it would be nice to turn the switch and kind of clutch up.”

Schauffele narrowly missed out on an automatic spot in Jim Furyk’s United States Ryder Cup team but could earn the fourth and final wildcard pick with a strong performance this weekend.

The 24-year-old from San Diego finished 12th in the Ryder Cup standings. Furyk used three of his picks on Tuesday night on Bryson DeChambeau, Phil Mickelson and Tiger Woods — Nos. 9, 10, 11 in the standings — and has one more pick after the BMW Championship.

A day after he opened with a 62 — his lowest score since his last victory more than five years ago –- Woods went eight holes before his first birdie. He finished with two straight bogeys for a 70 that left him five shots behind in a tie for 12th.

A line in the sand. pic.twitter.com/1SZ8ugva2w

“Very simple. I didn’t make any putts,” Woods said. “I hit a lot of beautiful putts that were on the top of the edge, and then obviously hit a couple bad ones on the last hole, but looked like all the putts were going to in. But they didn’t go in today.”

Rose, who played bogey-free for a 64, won the AT&T National at Aronimink in 2010, and captured his only major at nearby Merion in the 2013 US Open.

“I played well. The crowd latched onto it, for sure,” Rose said. “I get good support around here. It’s nice when they’re reminding you all the time that it’s your town, as well. It’s nice to have the added bit of enthusiasm from the crowd.”

Rory McIlroy struggled to back up his opening 62, going round in 69.

“It’s hard to stay patient whenever you know what you’ve done yesterday,” McIlroy said. “I didn’t want to lose too much ground. I should have been a few better.”