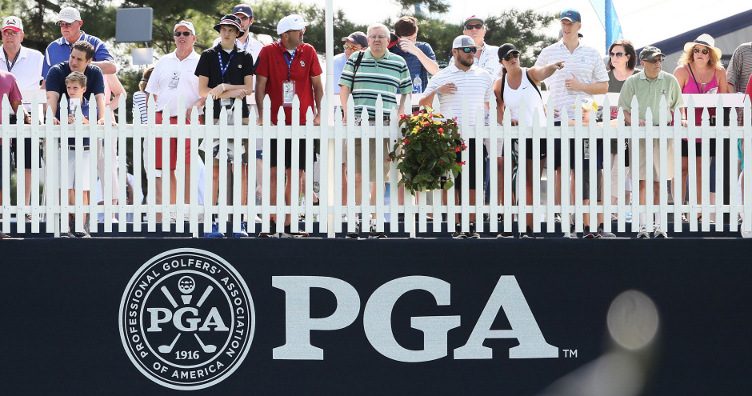 A few shaken spectators were counting their lucky stars after escaping serious injury when a fence collapsed at the PGA Championship.

A temporary fence on an 18th hole grandstand at Bellerive collapsed earlier in the week, sending a number of fans falling eight feet to the ground.

The Golf Channel happened to be interviewing Jim Furyk at the time and caught the moment on camera:

Thankfully, no one was injured. Jordan Spieth happened to be nearby, and went to check on the shaken fans.

The PGA of America released a statement afterwards: “The safety of spectators is our top priority. This afternoon the temporary fencing in the spectator areas around the course was inspected and reinforced as needed to ensure it is secure.”

A lucky escape for all.