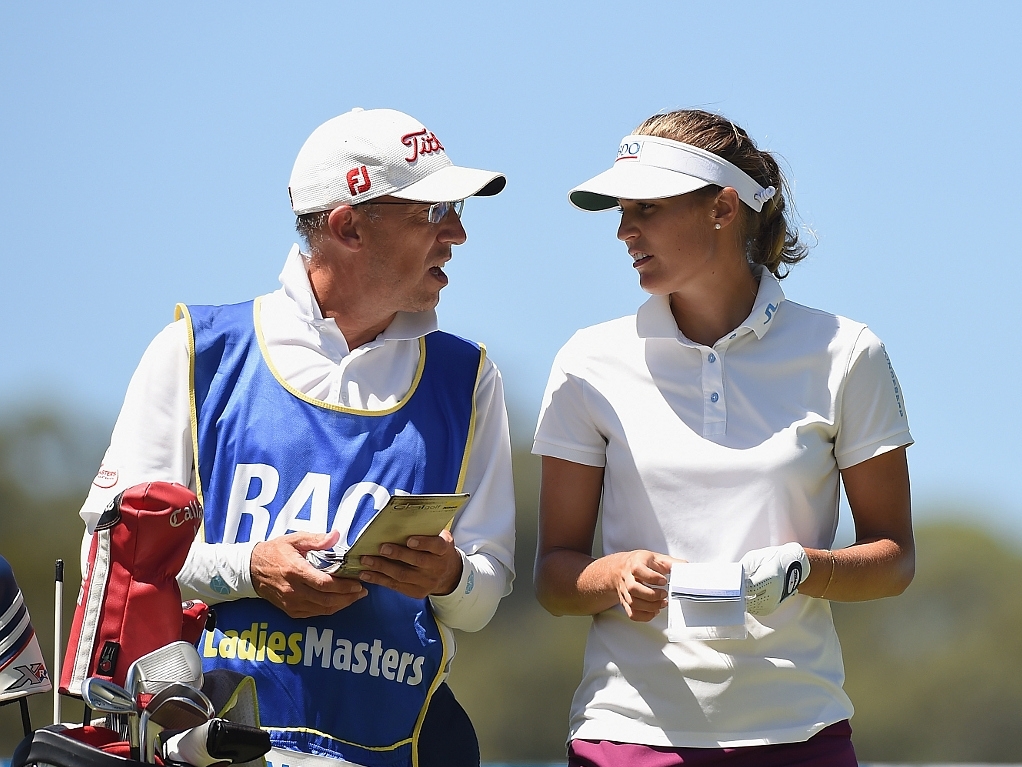 Sweden’s Camilla Lennarth and Denmark’s Nicole Broch Larsen are tied for the lead at 10-under-par heading into the weekend at the 2016 RACV Ladies Masters at Royal Pines Resort on the Gold Coast.

Lennarth shot a second consecutive round of five-under-par 68, while Broch Larsen finished in spectacular style with a chip in eagle at the 18th hole for a four-under-par 69 in the tougher afternoon conditions.

While Lennarth was obviously delighted with her position heading into the weekend she felt that she had struck the ball better from tee to green during the first round.

"Yesterday I just struck the ball really well off the tee and approach shots and I had a pretty hot putter too but I knocked it pretty close so I gave myself a lot of chances," she said.

"Today was a bit of a different story to begin with.

"I was a bit shaky with the driver and also with the iron shots and didn't really get it close, I missed the fairways but I had a hot putter and I also had a pretty good short game which is nice too because I have been working a lot on that during the off season and with my coach, just figuring out a few more shots around the greens and learning wedge shots a little bit more as well."

The 28-year-old from Gothenburg said that while the wind was not as strong as during the first round, it was trickier.

"Today in the beginning it was swirling from a different angle which made it a bit tougher and sometimes over the ball it felt like it wasn't the direction that, you know, we decided on the club to be playing into the wind and all of a sudden it felt like it was down so that made it a bit tricky too and made me a little unsure and I didn't hit that many good shots around that time either.

Lennarth, who claimed her sole LET win in the 2014 Allianz Ladies Slovak Open, produced a third place finish at RACV Royal Pines that year and was sixth in 2015.

When asked about the changes to the course design, Lennarth said she was surprised that the scoring had been so low on day one. “When I played the back nine on Tuesday I didn't really think that it was going to be this low on the leader board actually, but I think I've been pretty patient.

Broch Larsen, 22, from Hillerød, is currently ranked 69th in the Rolex Women’s World Rankings, which makes her the third highest ranked player in the field this week behind Canadian Brooke Henderson (11), and former world number one Jiyai Shin (33) who are both lurking just two shots back at eight-under-par.

A total of 67 professionals plus seven amateurs made it through to the weekend and the cut to 60 professionals and ties fell at 150, four-over-par.