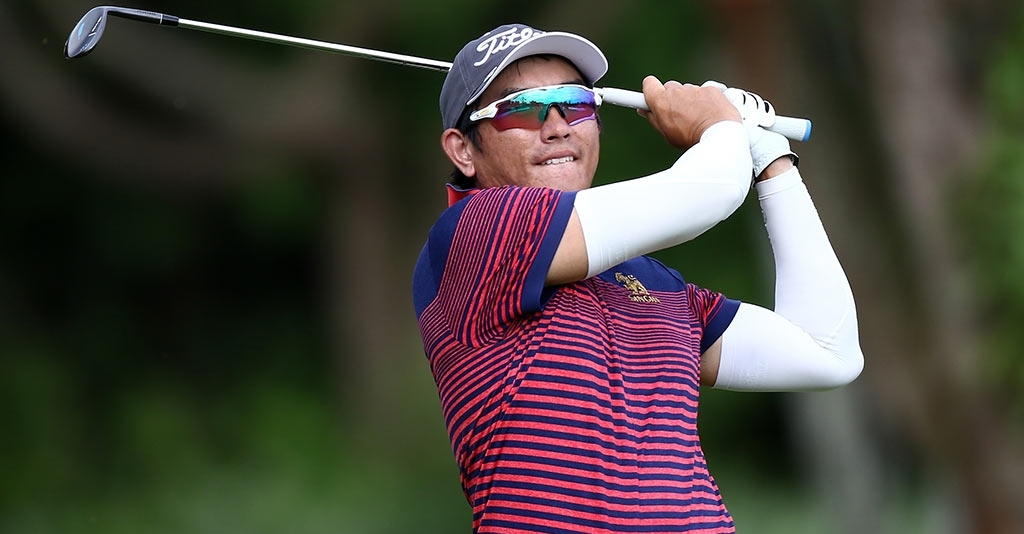 Thailand’s Sattaya Supupramai and Terry Pilkadaris of Australia played well in tough conditions to share the lead after the second round of the King’s Cup in Thailand on Friday.

After firing a first round seven-under-par 63, Sattaya followed it up with a second round even par 70 while Pilkadaris followed his opening round 66 with a 67 to be tied at the top of the leaderboard with a seven under total of 133.

A shot further back is Denmark’s Joachim B. Hansen after shooting a three under 67, and in a share for fourth place is Chinese Taipei’s Lin Wen-tang, who shot a 66 with South African Jaco Ahlers, Thailand’s Sutijet Kooratanapisan and Natipong Srithong.

Sattaya started badly by dropping shots on the second and fifth holes, and then birdied the sixth before dropping another shot on the ninth. Two birdies on the 11th and 14th holes saw him card his even-par 70 for the day.

In an interview after his round with the Asian Tour site, Sattaya said conditions played a role in his disappointing second round score.

“The conditions were very different as compared to yesterday. It was tough in the afternoon as it was windy and the greens were very firm and fast.

“I tried my best already and the only thing I can do is to look forward, not back. I just want to take each round as they come and not get distracted,” said Sattaya.

Pilkadaris never dropped a shot in his round which included three birdies for his three under 67.

“So I haven’t won for a while and it would be nice to get back in there,” he said.

“I just kept the ball in play all day and that was key to my bogey-free round today. I hit it well and didn’t miss much of the greens. Even if I did, it was an easy chip shot back. I’m feeling good.

“I’ve done so much work with my coach on the wedges and short irons and I actually hit them really close to the pins. You don’t have to mark them and just have to tap it in which is always a good thing. That really took the pressure off me,” said Pilkadaris.