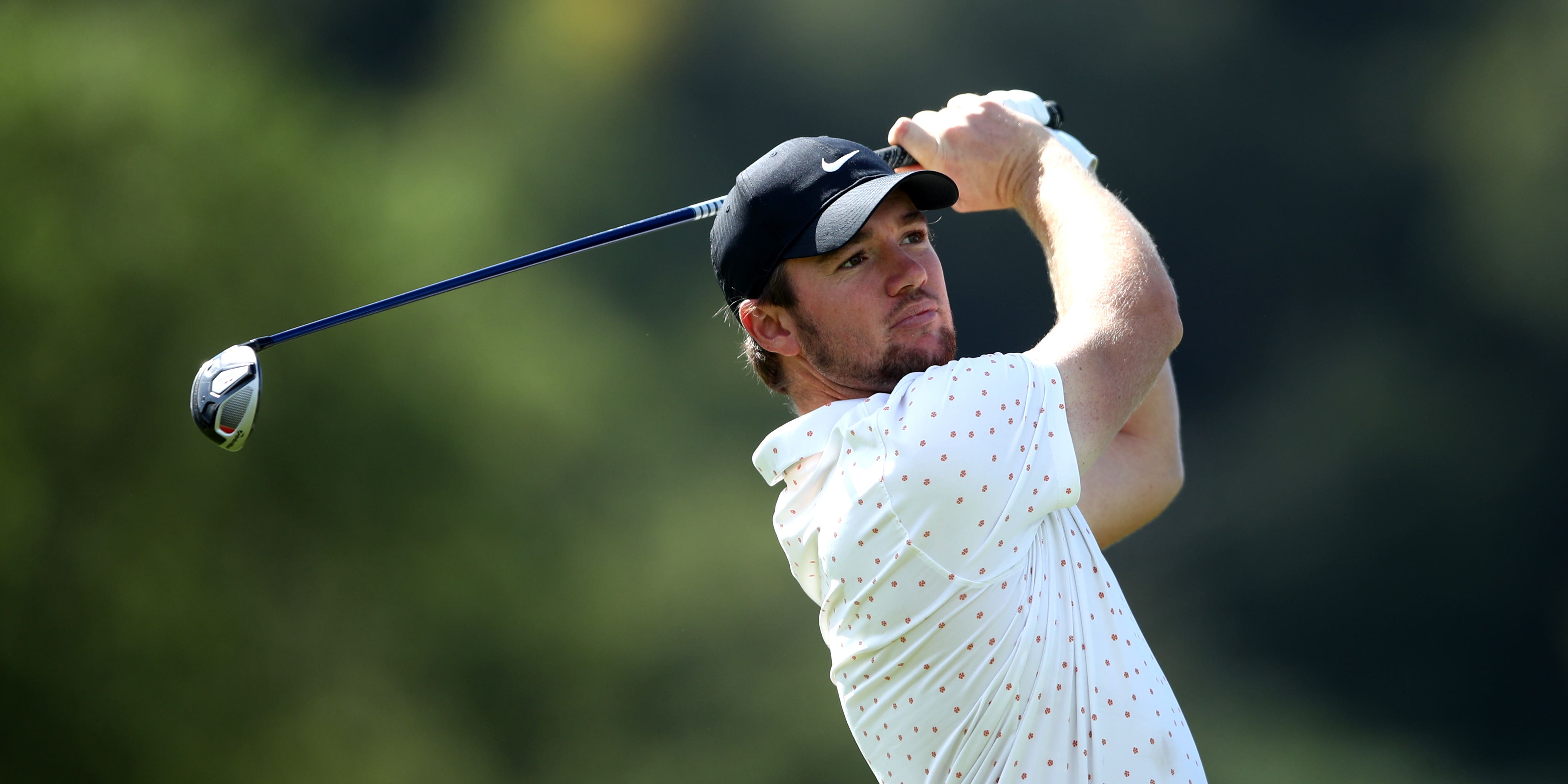 England’s Sam Horsfield claimed a share of the lead as the weather-affected first round of the BMW International was completed on Friday.

Horsfield had just hit his second shot on to the green on the par-five 18th at Golfclub Munchen Eichenried on Thursday afternoon when play was suspended due to the threat of lightning.

No further play was possible but Horsfield safely two-putted for birdie when the action resumed at 0730 local time (0630BST) to complete a bogey-free, eight-under-par 64.

Spain’s Sebastian Garcia Rodriguez had been on course to hold the outright lead when he birdied the 13th and 14th holes on Friday to move to nine under, but bogeyed the next and eventually matched Horsfield’s 64.

US Open runner-up Louis Oosthuizen had carded a two-under-par 70 shortly before play was suspended, while Viktor Hovland – who withdrew midway through his second round at Torrey Pines with an eye injury – returned a 68.