Salas two ahead on final straight 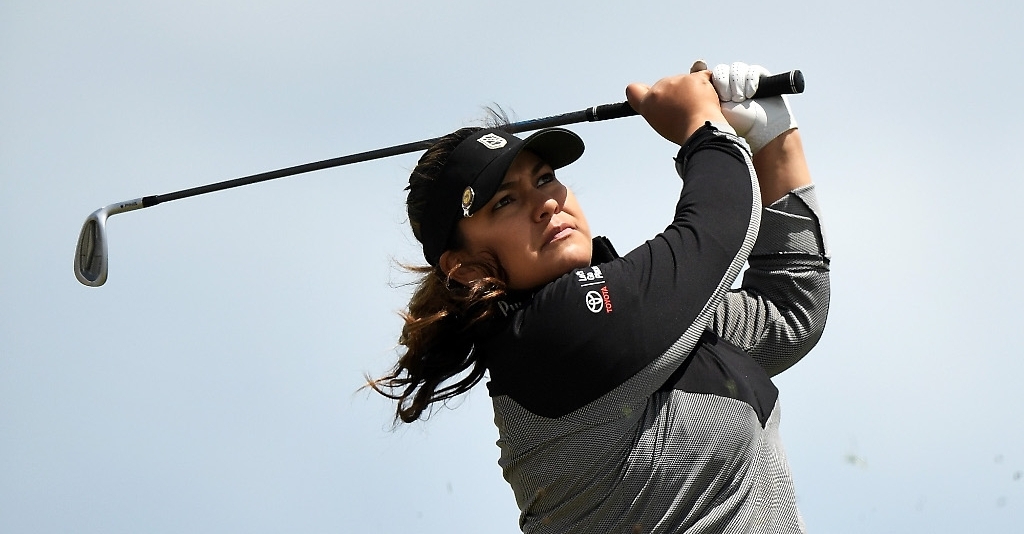 Lizette Salas will take a two shot lead into the final day of the ISPS Handa Women's Australian Open following the third round on Saturday.

The American carded a two under 71 in difficult conditions around Royal Adelaide to move to ten under for the tournament, two strokes ahead of Thailand's Pornanong Phatlum, second round leader Sarah Jane Smith and local hopeful Su-Hyun Oh.

Salas was one over after a tough opening nine, but finished strong with three birdies in the final five holes to secure her spot at the top of the leaderboard.

However, Oh posted the round of the day – a sizzling five under 68 – to put herself in contention. The 20-year-old revealed she won't be lacking any motivation in the final round.

"I mean, there are still 18 holes to go, I can't quite think yet, but it's my national title, so I really want to fight for it," said Oh after the round.

"It's going to be tough, but it would mean a lot.  You can't really put a word to that. It also would be my first win on the LPGA."

Further down the leaderboard, Nanna Madsen and Maude-Aimee Leblanc are three shots off the pace and locked in T5.

Meanwhile, world number one Lydia Ko continued to struggle, carding a 73 which sees her ten shots off the pace. The Kiwi indicated she is still adjusting to her new coach, caddie and equipment.

"It takes time to get used to, but with the clubs actually, it hasn't really taken a long time," said the 19-year-old.

"Straight away I had a rough idea how far it was going and the flight itself. It's something that I can trust, even though it's only my first tournament with them."