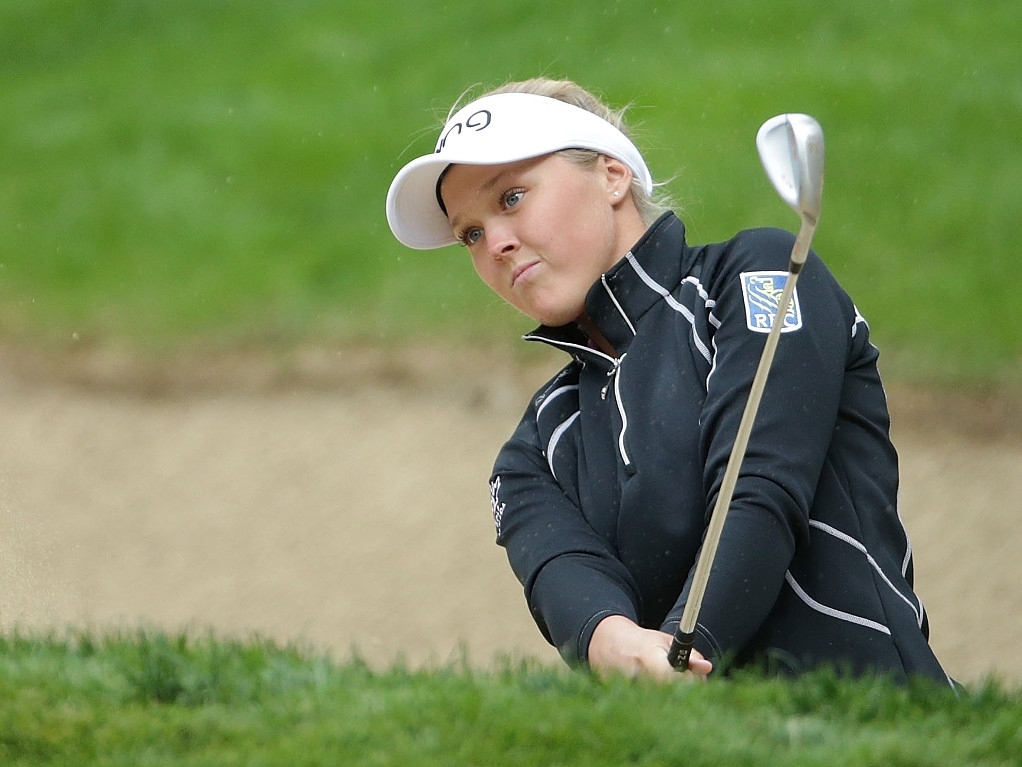 Only five players carded below-par rounds during the second round of the KPMG Women's PGA Championship at Sahalee Country Club on Friday.

Overnight leader Brooke Henderson (73) and Mirim Lee (69) claimed the lead at the half-way point of the season's second major, but at various times battled with the tough, wet conciliations on the course.

The pair go into the weekend on two-under, one stroke clear of world number one Lydia Ko, Gerina Piller and Brittany Lincicome.

Henderson started the day on four-under and with a two-stroke lead, an advantage she retained until teeing off later in the afternoon. Her lead was extended to three strokes after the first round leader notched a birdie at the par-four third, but back-to-back bogeys at the fourth and fifth saw the 18-year-old Canadian fall back to the field.

She dropped another shot at the turn but then retook the out-right lead with a birdie at the 17th. However, when she found the green-side bunker at the 18th, another dropped shot followed to force a tie for a lead with Lee.

"I was one-under through four, I guess, and was feeling pretty good. I just – I got a little too aggressive to a couple of pins early, which kind of cost me a couple of bogeys," Henderson told the media after her round.

"But I just regrouped a little bit and started to hit to the middle of the greens, which helped me score on the back nine. I hit a lot of really good putts today that just didn't fall. But I'm hoping that will change for tomorrow."

Meanwhile, three-time defending champion Inbee Park missed the cut after she followed up her 72 on Thursday with a eight-over 79 to finish on nine-over for the tournament and out of the weekend's proceedings.

The world number two said she had been struggling with a thumb injury over the last few weeks, but stopped short of blaming her poor performance this week on the knock.

"I just couldn't get a rhythm of the swing. And I missed a lot of shots to the right. And it was just really frustrating and disappointing," Park told the press.