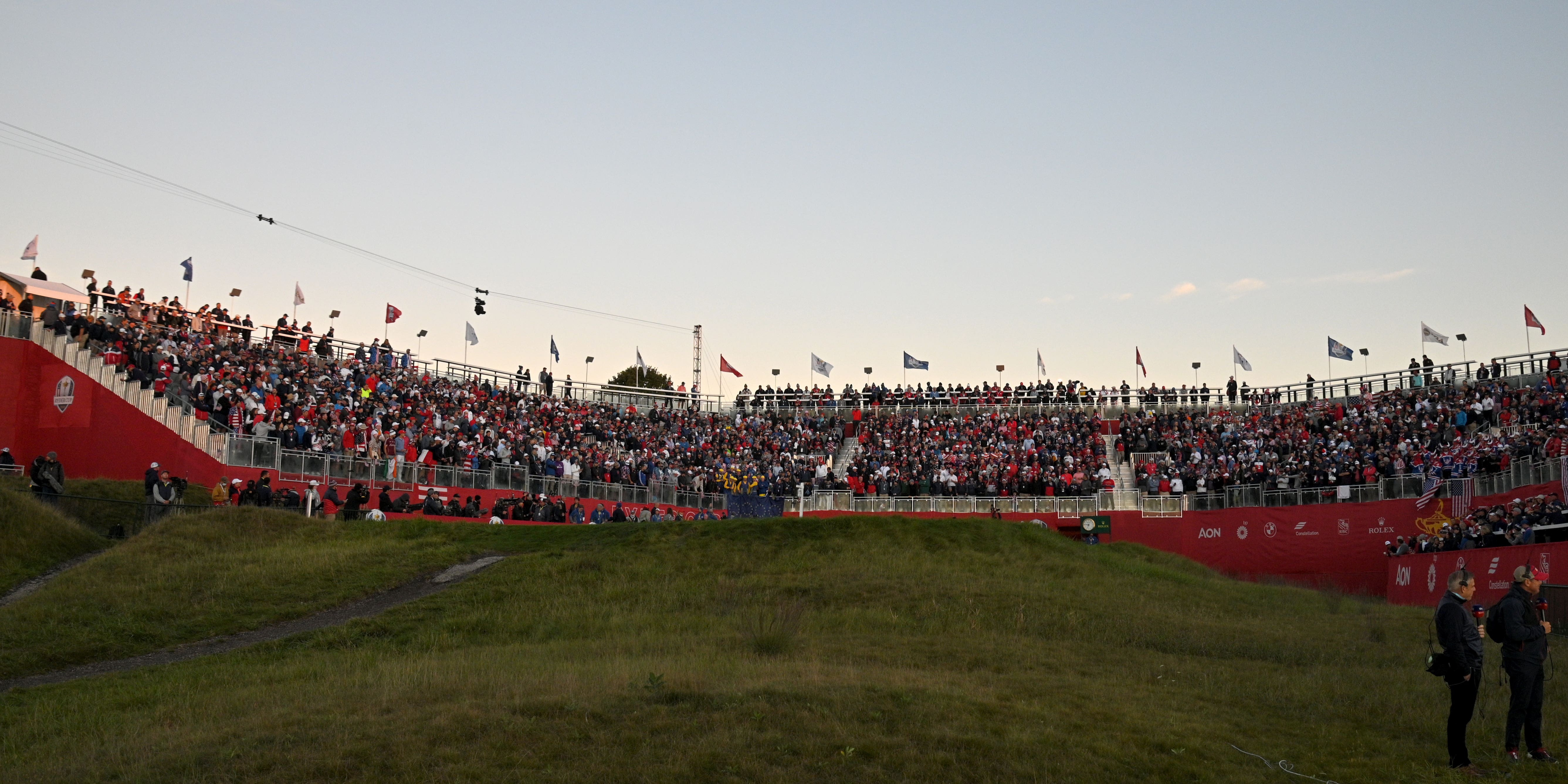 The eagerly-anticipated 43rd Ryder Cup got under way in front of a raucous crowd at Whistling Straits on Friday.

Players from the American team were greeted by huge cheers from the partisan home fans with visiting Europeans booed at the Wisconsin course.

Supporters had packed into the grandstand behind the first tee from before dawn ahead of the 7.05am start local time.

Competition record points-scorer Sergio Garcia had the honour of hitting the opening shot of the morning foursomes session. He was playing alongside world number one Jon Rahm against the American pair of Justin Thomas and Jordan Spieth.

The first hole was halved.

The biennial match between the United States and Europe was originally due to take place last year but was postponed by 12 months due to the coronavirus pandemic.

Commenting on the atmosphere at the first tee, US captain Steve Stricker said on Sky Sports: “It’s something we’ve been waiting for for a long time and it doesn’t disappoint.”